Mike Gold: Up The River Without a TARDIS 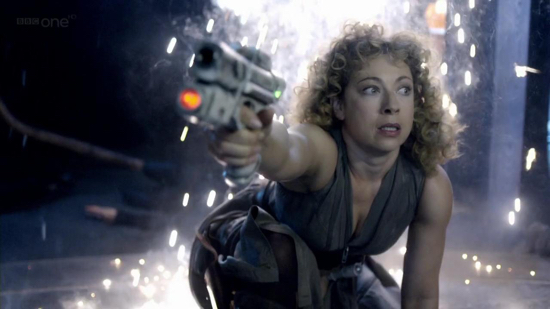 If you were to ask me if I had a favorite character among all the heroic fantasy teevee shows and movies over the past five years, and damnit I wish you would, I would immediately respond “River Song.” 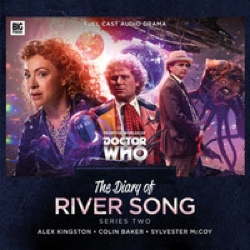 For those who came in late, here’s the mandatory Journalism 101 background:

River Song is an ongoing but breathtakingly occasional character in Doctor Who. A remarkably capable, strong and intelligent archaeologist/con artist/warrior-protector with a great sense of humor and about 92% of all the sexuality ever expressed in the 54-year history of the program, she has been, is, and/or will be married to the Doctor – it’s time travel, Mr. Gittes – and that poses all sorts of thrilling opportunities. It also begs the issue of “until regeneration do us part.” She’s kind of a partial Time Lord, having absorbed some of the Doctor’s DNA while being conceived in the TARDIS. Yes, she’s the daughter of two of the Doctor’s former companions. 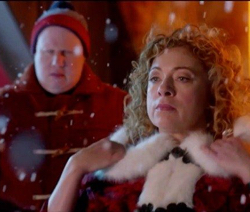 Ms. Song is played by Alex Kingston, and in addition to some crackerjack writing from Steven Moffat, Ms. Kingston is the reason why this complicated yet highly entertaining character works. She’s known in the States for her work on such teevee shows as Arrow (where she plays Dinah Lance I), Gilmore Girls, Macbeth (playing Lady Macbeth; duh), Upstairs Downstairs (the 2012 series), Law and Order SUV, and ER. My favorite of her work that I have seen came in the teevee movie The Fortunes and Misfortunes of Moll Flanders, where she played the title character and shared the boards with such folks as Diana Rigg and Daniel Craig.

In other words, Alex Kingston’s career orbits the nexus of fan reality.

You might ask why I’m bringing River Song to your attention at this time, if I already hadn’t just done that. The people at Big Finish, arguably the world’s largest publisher of original full-cast audio stories, released their second box set of River Song adventures. The Diary of River Song Series 2 co-stars Colin Baker and Sylvester McCoy, both playing her husband The Doctor, and together the four adventures runs about four hours and change, not counting the bonus “behind the scenes” disc full of audio extras.

The downloadable version can be secured from Big Finish for a mere twenty bucks American, Amazon is charging a bit more for the physical five CD box set.

This isn’t a review because I have yet to hear the material. If it sucks, I’ll apologetically apologize anon… once the surprise wears off. I’m a big fan of Big Finish’s work, although I’ve only heard a fraction of their couple-thousand hours of original Doctor Who material starring all of the living Doctors from Tom Baker to John Hurt aside from Matt Smith (as of this writing). More to the point, I listened to The Diary of River Song Series 1 starring Alex Kingston and Paul McGann (the eighth doctor, if you were to count them in order of first appearance) during one of my infamous cross-country drives and it was absolutely great.

River Song last appeared in the 2015 Christmas special “The Husbands of River Song.” It was her first meeting with her husband Peter Capaldi, and because of where it is set in time she does not recognize The Doctor. In fact, she’s married to someone else, for a while. It’s a great jumping on episode for those who haven’t seen River Song, Peter Capaldi’s doctor, and/or Doctor Who. It’s well-written, clever as hell, sensual to excess and more fun than a barrel of monkeys. And we all know everything is better with a monkey.

Even better: this episode gave us the introduction of Nardole, played by British comedian Matt Lucas. He returned for this year’s Christmas special as the Doctor’s, umm, valet (the Doctor is companionless for the nonce) and Nardole will return for about a half-dozen episodes in the upcoming season. Americans might recognize him for his role in Community where, coincidentally, he played a fan of the ersatz teevee show Inspector Spacetime.

I hope to see River return sometime this season as it is Steven Moffat’s last as writer/showrunner. I hope to see River Song return anywhere at any time, if that latter phrase has any real meaning in a world where time travel exists.