Mindy Newell: For The Love Of Spock And Stingrays 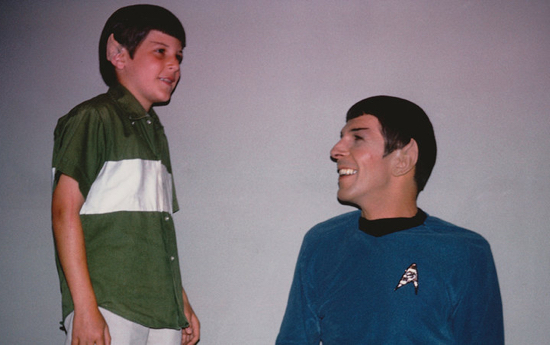 “…More importantly, the personal touch provokes some bracing moments that wouldn’t have been possible otherwise. It’s one thing to have Neil DeGrasse Tyson or various NASA technicians talk about how they were inspired by Spock – or even to have Trek-loving actors like Jim Parsons and Jason Alexander say that they sympathize with stories of Nimoy staying mostly in character when his show wasn’t shooting. But only Adam Nimoy could comment knowledgeably about what it was like to have a drunken argument with Leonard Nimoy and then walk out into a world where images of Mr. Spock were impossible to avoid. The best scenes in For The Love Of Spock are the most conventional, featuring famous folk praising a pop culture legend. But the scenes that most linger in the mind are more like the one where the director confesses his complicated feelings about his father to another Spock, Zachary Quinto. It’s moving to know that even Nimoy’s son is as in thrall to an icon as the rest of us.” – Noel Murray, AV Club.com

“The 1963 Corvette received a major restyling, new mechanics and a new name: ‘Stingray.’ Zora Arkus-Duntov convinced the brass at GM to include independent rear suspension on the ’63 because he convinced them he could sell 30,000 cars if they had it. The passenger compartment was still kept far to the rear of the car to allow the engine/transmission to sit behind the centerline of the front wheels. This allowed for a better weight ratio (47/53) that improved handling. The ’63 Corvette included new twin headlights that are hidden behind an electrically operated cover. This added to the aerodynamics of the car when the headlights were not in use. The fastback coupe was also new; it included a fixed roof with a large back window that was split down the center with a body-colored bar. (This bar was very controversial and was removed in 1964, making the ’63 very unique.) The car now had recessed non-functional hood lovers. Front fender louvers and ribbed rocker panels replaced the coves on the earlier models. The coupe also has lovers at the back of the side windows. The dash has circular gauges with black faces and the earlier models have storage space under the seats. Air conditioning, power brakes, and power-assisted steering were now available options.• Total 1963 Corvette Stingrays Built: 21,513 • Convertibles: 10, 919 • Coupes: 10, 594” – www.vettefacts.com

So, whass up, people? Sorry I wasn’t here last week, but a big thanks to Editor Mike (Gold) for the very funny piece he posted in my absence. Only laugh I had about Thanksgiving this year – nope, Turkey Day was not fun.

And what did I do the rest of the weekend, besides recover from my intestinal woes? Which really didn’t end until Monday morning, when I woke up “bright-eyed and busy-tailed” and really bummed out over what could have been a great four-day holiday from work?

Well, for one thing, I watched For the Love of Spock on Amazon Prime. A documentary originally intended to celebrate the much beloved Vulcan as part of Star Trek’s 50th anniversary celebration, Adam Nimoy – son of Leonard, originator of the idea, and director of many acclaimed television shows including Star Trek: The Next Generation, Ally McBeal, Gilmore Girls, and NYPD Blue – expanded the project into a love sonnet to his father and his long, successful careers as an actor, and later, a photographer. In order to do both the film and his father justice, Adam sought crowdfunding in June 2015 in order to raise enough money to meet the licensing fees needed to use clips, stills, and archival footage from Paramount Pictures and CBS. The month-long campaign on Kickstarter grabbed attention, and by the end of the month (June 2015), Adam had raised $662,640 from 9,439 lovers of Spock and Leonard from around the world.

Was it worth it? Are you kidding? Im-not-so-ho, it’s worth every cent. It’s just a totally wonderful movie, with interviews from William Shatner, Nichelle Nichols, Simon Pegg, J.J. Abrams, Neil deGrasse Tyson, Chris Pine, Zachary Quinto, Zoe Saldana, and many others, including Leonard’s brother, sister-in-law, his daughter and grandchildren. Adam himself pulls no punches, talking about the raucous and rough relationship he had with his father until, in adulthood, the two men found their way back to family and love. (Adam directed his father in the remake of the classic episode, I, Robot on the revived Outer Limits, which ran from 1995 to 2002 on Showtime, SyFy – God, how I hate that spelling! – and in syndication.)

Seriously, people, devote a little more than an hour and watch this! 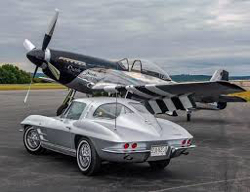 I read Mike Gold’s column about Patton Oswalt with interest, being a fan of The Goldbergs (Wednesday, ABC) and knowing that Mr. Oswalt narrates the show, playing the writer and creator Adam Goldberg as he tells the story of his family. I then clicked on the link within Mike’s column to take me to Jerry Seinfeld’s Comedians in Cars Getting Coffee and Jerry’s cup of joe with Patton – and you’re right, Mike, Mr. Oswalt’s Death of Superman is an absolutely fabulous idea!!! So much better than Doomsday – though after rewatching that monstrosity on HBO last week, part of my face-in-the-toilet Thanksgiving weekend (as if I wasn’t suffering enough) I do have to say that the best part of the movie, the only part that got me hooked and made me forget my woes were those last minutes as Wonder Woman fought the creature. Oh, right, Superman and Batman were there, too.

Anyway, then I started browsing CICGC, ‘cause I haven’t been on the site for a while, and watched Jerry have coffee with Barak Obama at the White House. Jerry calls him “the coolest President ever!,” and you know what? Just to see Barak behind the wheel of Jerry’s 1963 Corvette Stingray – the coolest car ever!!! – well, “I’m hip, bro.”

Can you even imagine President – God, how I shiver as I type this – Donald J. Trump behind the wheel of the coolest car ever!!!

Yeah, I can’t either.