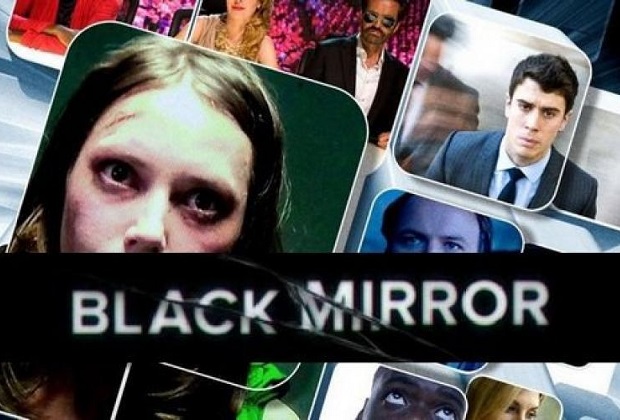 I had very little idea what Black Mirror was before it was assigned to me this week. I was reasonably sure it was something a little spooky because of the way people talked about it on social media and from context clues I was pretty sure it was a TV show. That was all I knew and it was kind of refreshing.  I did know that people had a very high opinion of Black Mirror and maybe that damaged it in my mind. Black Mirror is a good anthology series with a few solid episodes but there’s a distracting sense of self-importance creeping in from the edges that is ruinous when the episodes aren’t rock solid.

The thematic through line for Black Mirror is the danger of modern technology, particularly technology popular with young people in the real world. We see the dangers of an exaggerated version of Klout, the perils of advanced virtual and augmented reality systems, even an episode about call-out culture. When these hit they feel like prescient warnings, but when they miss they feel like an old person yelling at kids for enjoying a thing they don’t understand. I enjoy meditations on how we can tell what’s real when computers start inputting signals directly to our brains, but I’m quite over being lectured about looking at my phone too much by any media— especially a streaming content provider like Netflix. The strongest two episodes, “San Junipero” and “ Hated in the Nation”, let the technological ruminations fade to the background and focus on just being strong stories instead and they’re much stronger for it. “Hated in the Nation” is a fun feature-length mystery thriller with a side of sci-fi and it stands head and shoulders above the rest because it isn’t there to lecture but to generate suspense.

Maybe I’ve seen one too many episodes of The Twilight Zone, but I also found the twists to be a tad facile. I could have written a summary of the first episode after the first ten minutes and would consistently only be surprised if they did a second twist (it’s very hard to nail a double twist). Storytelling isn’t about twists and predictable isn’t the end of the world but there were two out of these six episodes that seemed to have nothing going on except setting up a twist (“Playtest” and “Men Against Fire”) and when those don’t land the whole episode falls apart. It’s the unfortunate cliché of the sci-fi anthology that everything needs to have some kind of gotcha ending and the genre needs to grow out of it.

This might not be the place for this critique, but as I’m not a TV critic I’m not sure I’ll get another chance to talk about it. I might be getting very tired of the way people act in English dramas. Perhaps I’ve been taken in by an epidemic of overacting in American television, but in all but the most heightened moments everyone seems so dispassionate in Black Mirror and in most English shows I can call to mind right now I feel the same way. Either I’m supposed to believe England is a country full of people who have an almost sarcastic disconnection from their day-to-day lives except in moments of extreme stress, or this is some kind of artistic meme— and if it’s the latter, I just don’t care for it much anymore. If it’s the former, I guess it’s an okay representation and I hope the country of England gets better soon.

I want there to be more anthology programming on TV. I hate seeing a TV cast that is temporarily or permanently bored with their show, and that constant churn makes sure that even in a weak moment that everyone at least gives a shit. Unfortunately I haven’t particularly clicked with any of the attempts to revive the format, and Black Mirror is almost certainly going to continue this trend. If I was given a very specific recommendation, I could see myself returning for an episode or two— but I’m not going to be on the edge of my seat whenever season four launches. I like my science fiction a little less preachy and old fashioned. I’m happy Black Mirror exists for the people who want it, I’m a fervent supporter of anything that isn’t a family sitcom or a police drama, but it’s just not my cup of tea.