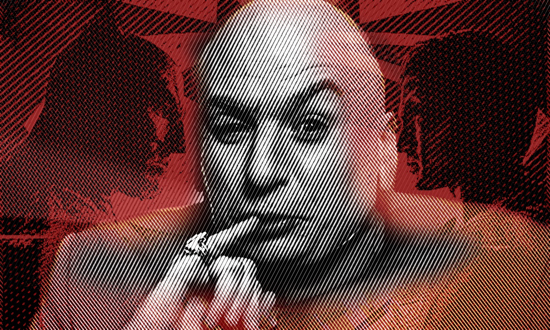 When I wrote about numerous other options there certainly are. The four I list are ones I can speak about from a personal perspective.

The vast majority of top tier creators in the industry use option number one. Presentation to publishers differs from creator to creator. My process varies depending on the entity I’m pitching to.

That brings up to numbers three and four, financing yourself and getting out of the box but before I continue I want to make something clear.

One of my many criticisms I get is that I tout my résumé too often. I don’t, but when I do it’s for one or two reasons. The first, I talk to parents of kids interested in careers in the arts as well as give advice in my columns. Many of those parents are from disadvantaged communities, and no example works better than an example that works.

The second reason is to piss off my haters. Not nearly as important, but it sure is fun.

Funding Yourself? Should You?

Funding yourself is just that. Unless you have considerable bank coming up with the money to capitalize your idea isn’t as easy as you may think. Many young creators only reflect on the comic book. The fact is the comic is the easy part.

Do You Have a Realistic View Of Your Idea and Ability?

Your parents and friends love you. Well, some of them do. One moment you’re singing a happy song and the next you’re on a milk carton after a unpleasant encounter with grandma. That’s my way of saying you never know what’s in your future or where problems may pop up from.

I’m sure you believe grandma does not want to bust a cap in your ass and you think I’m just silly. You know she and the rest of your family loves you, and most certainly do. There is no better support system than friends and family… and no better way to end up on that milk carton.

Unless grandma is a Marvel editor, mom and dad write and draw for DC, or your sister is the new publisher at Dark Horse you better find someone who has some professional experience. Listening only to those who care about you will give you a false sense of greatness.

They love you, but they have no clue what good is.

What Are You Not Considering?

Although much consideration is given to praise, little is given to what makes a successful project. Among the factors left to chance by many are distribution, marketing and all that comes with those concerns.

Put another way: all that shit cost money.

Always remember the comic industry is dream filled but reality based.

Let say you have ten thousand dollars to spend. That’s a sexy sum to most. I’ll make it even sexier – don’t include payment for the comic in that ten G’s. That’s not improbable at all, numerous projects have been produced with the creative team taking a back-end (paid later) deal.

If you want to self-publish something just for your friends and family, then ten grand is more than enough. You want to reach a broad audience and compete with the big boys ten grand maybe covers your printing, and that’s an enormous maybe. Again if you have dead presidents just hanging around while you play weatherman with a stripper, then this isn’t an issue.

If after making it rain you can’t pay your rent then do not get into the comic book business as a way to do so. No matter what that stripper says to you the moment your money runs out, you’re done and that’s probably not the done you were looking for. Yep, those strippers can be some cold bitches. Just like the comics industry.

Ten thousand dollars is a lot of money for many things. Promoting and marketing a comic book may not be on that list. I say may because nothing I write and nothing you create means a thing unless you know what your goal is.

What Is Your Goal?

Knowing my goal accounts for every business decision I make.

If that family comic book is your aim, then it makes perfect sense to use your money or lacking the capital perhaps borrow or ask your family to invest in your dream.

New creators looking to compete at a major level can do so and that has been done. Despite the sarcastic title of this series, killing your dream isn’t my goal. Quite the opposite.

Self-funding your project comes with incredible perks. If you can afford to take that risk, there is no downside and what I call the it side is plentiful.

Here’s something that will come as a surprise. There have been a great many new creators who have self-funded their projects with no financial risk and achieved greatness doing so.

I’m speaking about damn near every celebrity who decided they wanted to do comics. What? You don’t know of whom I speak? Now, why do you suppose that is? The answer is simple. It’s not their lane. Comics are littered with the bodies of famous people not knowing when to stay in their lane.

No amount of money or name recognition will make something bad into something good. Just ask the guy with the name a duck screams about Batman V Sucked.

There was every reason to assume a major star becoming Batman would make that movie work. Nope. On the flip side, the film is closing in on (put pinky next to mouth) one billion dollars, so old Ben did all right. A major movie superstar in a major film is not a guarantee of box office gold. Mr. Hanks and Mr. Howard can tell you about that their flick Inferno was more of a box office campfire.

There are some notable exceptions. Matt Groening, Kevin Smith, Darryl “DMC” McDaniels and perhaps the most successful big star to come to comics, Reggie Hudlin.

Reggie and I have some tainted history but as an example of someone coming from another area he’s the gold standard. He’s a good writer, loves the medium and – most important – knows how comics work. A bit of phone etiquette would be nice (inside joke), but you can’t fault his abilities.

New creators who are lucky enough to fund themselves may want to give the folk I listed above a Google. My advice once was never to use your money if you don’t have too. Been there, done that, got burnt, swore I’d never do it again.

Did it again but with a small difference that should have been a no-brainer.

I’ll discuss that next time.