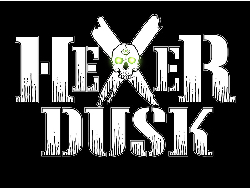 I love writing and I am so glad I’ve been able to make a living at it. I’m very thankful to all the fans and all the publishers who have enabled me to do that over the years.

The trick is in getting the work. There’s this malady known as “freelancer’s disease” which consists of a freelancer taking every gig offered because you’re afraid that if you turn down any, they will all go away. It’s not rational but it’s real and it’s how some freelancers wind up taking on too much work. I’ve been sick with that disease from time to time. To make a living from writing, though, depends on a publisher saying yes.

That’s changed a bit in recent years thanks to the phenomenon of crowd funding where the artist can put together a project and then, if they can, get it up on the Internet at a crowd sourcing site such as Kickstarter or IndieGoGo. There you ask the fans to fund the project– and its their interest in what you are doing that counts. You ask the reader to trust you and your past work and invest in this new one. 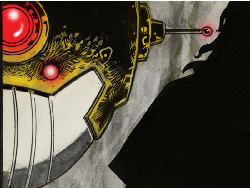 I’ve done it with Tom Mandrake for Kros: Hallowed Ground (vampires and the Civil War) and I’m trying to do it again with Jan Duursema for a science fiction project called Hexer Dusk. For over a decade, Jan and I did Star Wars comics at Dark Horse, acquiring a fan base and a rep for doing really good Star Wars stories spread over different epochs. We created a lot of new characters who also became fan favorites and we had a great time.

We stopped doing Star Wars because George Lucas sold his rights to Disney. Disney owns Marvel and the licensing rights for Star Wars comics, which were up, went to them. Since the franchise was re-defining itself and its continuity, Marvel was looking for new talent to do the comics. I don’t blame them at all; I understand the rationale completely. 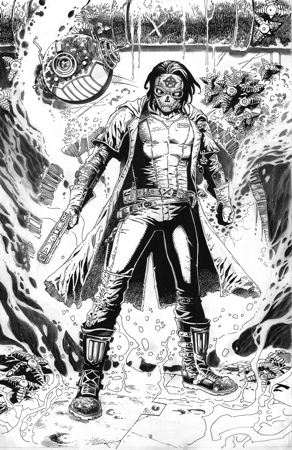 Jan and I really loved doing Star Wars and had always talked about creating our own space opera – one that we would own with worlds and characters of our creation. Hexer Dusk is not Star Wars by any means, but it is informed by our work on Star Wars. We have a galaxy with space ships and blasters, yes, but there’s magic and monsters and horror as well. And humor. You can’t have a slightly off kilter combat robot without humor. It’s also gritty and grungy because that’s what we do.

Jan got the idea for the project from a dream she had of great sky cities floating above a planet that were at war with one another. There were massive explosions and both cities were destroyed. It was a very vivid dream and, when she told it to me, the images were very vivid in my mind as well.

Every story has a genesis point and that was ours for Hexer Dusk. We started riffing together, throwing ideas back and forth as we did when working on Star Wars. Jan brought in Xane Dusk, the Weird, KOMBOT, and beadies. I brought in scavvers–Prybar, Sooz, Captain Skargle and The Missus. Heck of a party!  And then there are the Razers who want to destroy all remaining Hexers – including Xane Dusk.

Xane Dusk is one of the last of the Hexers. That’s bad news for the galaxy because, when the Sky Cities exploded and fell, they created an other-dimensional rift in the fabric of space and these strange nightmarish creatures started coming through. They’re called The Weird and they can only exist in Xane’s galaxy by possessing existing bodies – living or dead. It’s a problem because the only ones who can really deal with the Weird are the Hexers and, as I said, Xane may be the last of them.

This story is going to happen. Our Kickstarter is basically funded with enough for printing, shipping, creating art rewards and Kickstarter fees and we’re now working on the stretch goals.  Stretch goals are important because they will provide enough funding so that we can pay for art, writing, lettering, and colors as well as possibly adding pages to the story and a black and white PDF or print version of Hexer Dusk. Stretch goals are a way of bringing those kinds of extras to the backers of the project. If these stretch goals are achieved every backer gets more rewards. Which is cool.

Our Kickstarter project is at https://www.kickstarter.com/projects/313324911/hexer-dusk and I invite you to come take a look. There are some preview pages up  with some really nifty art from Jan as well as descriptions of various reward levels ranging from a PDF of the graphic novel to a printed book with sketchcards or a sketch by Jan. You can also read the first nine pages of the book by going to www.hexerdusk.com

We’ve still got a week to go before the Kickstarter ends so we’re hoping for more folks to jump on the Hexer Dusk train – and to spread word about Hexer Dusk to their friends. Getting more eyes on this project is important. People can’t support something if they don’t know it’s there and word of mouth really is the best promoter. As always, we depend on our fans.

As they used to say on the old Bartles and Jaymes TV commercials, “We thank you for your support.”