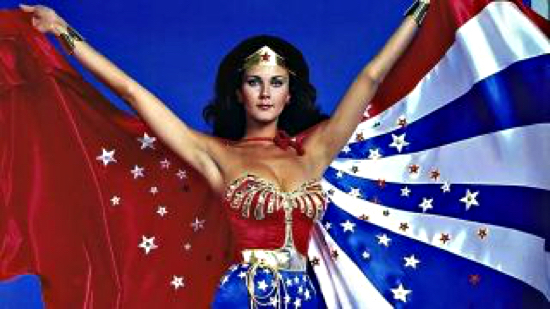 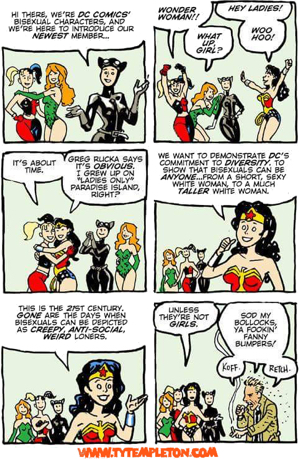 Last week Greg Rucka, current writer on Wonder Woman Rebirth, confirmed in an interview that Wonder Woman is queer. Whether you agree with Greg Rucka’s approach on the character, it’s a good interview and worth your time. Basically, the ideas delved into are that since Wonder Woman’s home Themyscira is an all woman’s paradise that whereas they may not exactly consider it being queer since same sex relationships are all they could have, we would consider it queer by our standards. And certainly any women that come to our world from there would almost certainly be queer by our standards.

This is certainly important for queer representation in comics. However, there are some factors here that limit this milestone that are worth discussing.

First, Wonder Woman has not always been queer. Some sites like this one make the claim that she always was, and that was always creator William Moulton Marston’s intentions. We have absolutely no evidence that was his end goal. Yes, he was in a polyamorous relationship with two women and enjoyed BDSM. While he clearly drew on some of his bondage experience for the comic, that does not mean he wished the character to be openly queer and to ultimately acknowledge that in the comics. Seeing as William Moulton Marston passed away in 1947, there are little to know formal interviews his creating Wonder Woman. Believe it or not, people didn’t care a lot about comic creators back then.

When it comes to Wonder Woman in comics as well let’s keep in mind that Comics Code Authority. The code as it stood in 1954 banned any reference to sexual deviations as they saw it, so any form of queerness, straight through 1989. While both Marvel and DC had printed a few comics that could not get the Comics Code Authority seal, it was almost always for something related to drug use. Rarely if ever was the seal denied to Marvel or DC for queerness. 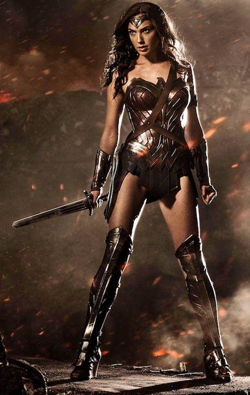 The companies followed those guidelines so closely that Chris Claremont was forced to drop the idea of a queer relationship between Mystique and Destiny from his X-Men run. As a result, multiple generations of Wonder Woman writers had no intention of writing her as queer as it would not be published. Furthermore, straight cis white men (with the arguable exception of William Moulton Marston being polyamorous) exclusively wrote Wonder Woman for over four decades until ComicMix’s own Mindy Newell got to write three issues in 1985 before George Pérez took the reigns after Crisis On Infinite Earths.

Since 1942, various incarnations of Wonder Woman appeared in comics, on TV, and now Gal Gadot is Wonder Woman in the DC Cinematic Universe. From cartoons spanning Super Friends, Justice League, and Justice League Unlimited to the live-action Wonder Woman starring Lynda Carter, Wonder Woman has presented straight or at most warm and welcoming to other women. Her love interests didn’t stray far from Steve Trevor or Superman. With Steve Trevor cast in the Wonder Woman film debuting next summer in addition to the movie having mostly been filmed already, it is highly likely if not entirely impossible she will be presenting as queer in the film. Though I do fear there’s a chance she may appear queer briefly in the film in a cringe-worthy-for-the-male-gaze fashion. I’m hoping that won’t be the case. 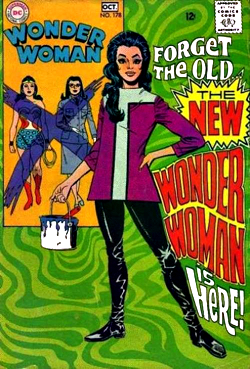 It’s also worth noting that DC has retconned quite a few characters as being bisexual/queer. These characters include Catwoman, Poison Ivy, Harley Quinn, John Constantine and now Wonder Woman. All of them are cis and white with only one of them being male. Many of the characters named have appeared in other media recently; when the Constantine show premiered on NBC, the showrunners stated they would not portray him as bisexual. Harley Quinn was just in the film Suicide Squad with no reference to her bisexuality. It’s hard to say you’re pushing for diversity when you’re pushing for it in the medium with the least amount of people engaging in it, while not demanding it with those characters’ counterparts on TV and in the movies. 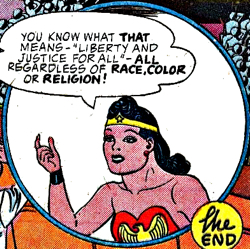 We have decades of a straight-coded Wonder Woman in our culture. Yes, she has often been a symbol of feminism, but we cannot conflate feminism with queerness. Whether people want to admit it or not, Wonder Woman being queer is a retcon and we need to treat it as such.

We can embrace this news as positive and push for more overt queerness in Wonder Woman, which is what I plan on doing. We can praise Greg Rucka for taking positive steps in this direction and for his handling of Wonder Woman. What we can’t do is go around acting like DC Comics has been progressive on this front for decades and we just didn’t realize it. And we can’t praise Wonder Woman being queer in the comics and not acknowledge how she’s presenting as straight in other media. That’s not how this works.