Marc Alan Fishman On Villains – Super, Real, or Other 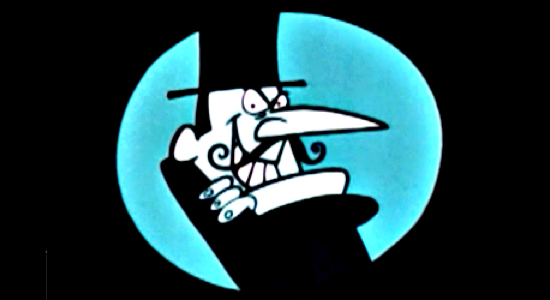 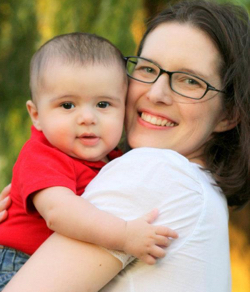 This past Sunday my wife screamed for me from our upstairs bathroom. I found her on the floor, convulsing in agony, attempting to decide which tile looked the most comfortable to lay on. Minutes later, our boys were packed up and whisked to our sitter. My wife and I rocketed towards the emergency room. Some pain meds, some x-rays, and plenty of doctors’ questions later, Kathy was diagnosed with cholecystitis. Surely this was the work of Red Skull, Circe, or possibly King Shark. Or, you know, the ravages of having a baby six months ago who was all up in that tummy pushing and prodding on various organs.

Over the next three days my wife and I sat around a hospital room perusing daytime television. Amidst paternity tests, minor civil cases revolving around shoddy craftsmanship, and Jeopardy, my mind wandered towards villainy.

For Kathy, her own body was the ne’er-do-well. What she’d largely chalked up to multiple bouts of unlucky food poisoning turned out to be her gallbladder — that nefarious cur — carpet bombing her colon with rocky misiles of doom.

For the denizens of daytime TV, villainy was found in deadbeat dads, crooked landlords, and “I’ll take Potent Potables for $1000, Alex.” Elsewhere in the real world, villainy is found in the acts of terror around the globe. Villainy is found in the unfair treatment of citizens by equally scared and confused police. Villainy is even found in a fluorescent orange bully of women, somehow competing for the most important job in our country like many reality stars who used their heelish tendencies to land themselves in the final spots on their respective TV shows. Apropos, no?

The politicians? Scary, yes. Villains? In real life, not even close. The blowhards, dirt bags, and the writers on Jeopardy? Mean, sure. Villains? Nope. Hell… even my wife’s gallbladder? It was acting out in self-defense.

Funny thing, our bodies. Mine under-produces insulin, and over-produces uric acid. But it’s never purposefully held me hostage or demanded the secrets of the jade monkey.

So often in our fiction, we take these minor malcontents and extrapolate their worst tendencies to create true villains. What separates the fiction from fact typically is the glut of nuance that shades our world from the graphical black and white on the page (or screen, what-have-you). Since the dawn of our narrative prowess, humankind has often simplified the world to make better sense of it. Think back to the rudimentary recitations of history taught to you in grade school. England was mean, the pilgrims sailed across the sea, befriended the native Americans, and poof! America. Never mind the fact that there were political issues, religious issues, and plenty of interpersonal conflict. But it’s hellasimple to call the King of England a villain and then start a revolution.

I believe that villainy exists, but villains do not. There are those amongst us who prey on the weak, who rape, steal, lie, murder, or act only on selfish impulse. But it’s too simply a concept to label someone as solely a villain. It’s too easy a label. Too easy to cast final judgment.

“A man that believes that we should take an eye for an eye… eventually leaves the whole world blind.”

So, retreat then to the pulp paper for your super-villains. The maniacs and eaters of worlds. The corrupt and lost souls who ravage without remorse. Who toy with their fellow man to play a larger game against their arch nemesis. But know that in the real world… nothing is ever that simple. For you see, my wife’s gallbladder is now long gone from her body. But that’s not to say her appendix isn’t scheming against her, while you read this very sentence.

(Editor’s Note: our dear friend Kathy Fishman, we’re happy to say, is back home and recovering nicely, surrounded by two small boys and a confused but doting larger boy who produces comic books.)