This weekend, a whole bunch of us ComicMixers will be making our annual trip to the Baltimore Comic-Con. For the record, that’s Martha Thomases, Adriane Nash, Evelyn Krite, G.D. Falksen, and myself. Glenn Hauman and Robert Greenberger  will be in New York at a big ol’ Star Trek convention, Emily S. Whitten will be at Dragon Con, and John Ostrander will be at several Michigan theaters watching Suicide Squad again. Glenn, Robert and Emily also are regulars at BCC, but this year the show shares Labor Day weekend with these other two east coast shows. 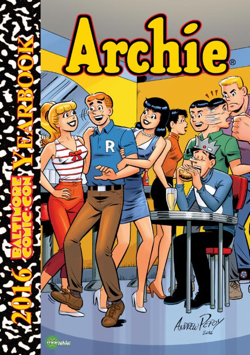 Yes, life is truly one long and never ending comic book convention. I’ve been going to the “big” ones (big as relevant to its time) since 1968. That’s 48 years, which is longer than most of today’s convention-goers have been alive. That’s about five years longer than KISS has been together, and, like former comics fanzine contributor Gene Simmons, I have long grown incapable of distinguishing between shows.

I’ve done fewer shows this year than I have in decades. That is, in part, a coincidence, but it’s also symptomatic of burn-out. I’m thinking that if I’m still alive in two years, I’ll make it a full half-century by sitting in front of some massive convention center and burn a copy of Superman #1 (the 1938 version) in protest.

And what would I be protesting? Well, to me that rarely matters but in this case I would be publically mourning the lack of comic books at these massive comic book shows. I’m a comic book fan, damnit, and the rest of you should just get off my lawn.

That’s why I go to the Baltimore Comic-Con, and in this I think I speak for my less jaded cohorts. Despite its size and its longevity, the Baltimore show remains focused on comic books. Sure, there are media guests and sure, there’s a lot of cosplay and gaming and such, but the love for comic books and the desire to meet up with others with similar affections permeates every aisle of the show. Kudos to Mark Nathan and his experienced and gifted staff.

As usual, ComicMix will be assaulting the Insight Studios booth – that’s booth #118 – once again proving that Mark Wheatley is the nicest, kindest, and most emotionally tolerant person in the time-space continuum. 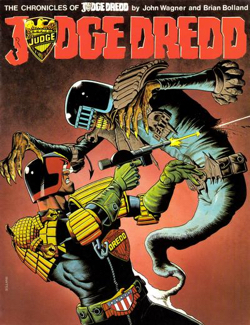 Comics as a genre have never done better, but this is entirely because of the flock of movies and television adaptations. The average sales of the traditional comic book sucks and sucks badly, even though such low sales have been balanced somewhat by trade paperbacks, hardcover books, and electronic editions. These days, much of the fun comes from the endless parade of toys and merchandising tie-ins that dominate book stores and convention aisles. If you’re a Harley Quinn completest, your head is going to explode long before you run out of space to store all that stuff.

I still meet lots of people who have never been to a comic book convention and who are anxious to go to one of the bigger shows just to see what the hubbub is about. I envy these folks; that initial sense of wonder is a wonderful feeling.

It can also be overwhelming. We had actor/comedian Margaret Cho set up for an interview at the San Diego Comic Con several years ago. She showed up early (there goes another Hollywood stereotype) and, after scoping out the room, Margaret started to take on the appearance of an agoraphobic. I walked Margaret around the vicinity of our table and made small talk while pointing out the wacky stuff we encountered. That worked: funny appreciates the funny, and there’s lots of that at your average comics show.

I completely understood this feeling. Chester Gould was guest of honor at one of our Chicago Comicons and the turn-out at his booth was intense. Chet declined to returned to the show on Saturday and Sunday. And before he drew a single line for any American publisher, Brian Bolland was convinced nobody would have heard about him. I told him Judge Dredd was bigger here than he thought, and Titan Books had just come out with their first reprint trade – entirely of Brian’s work. As it was with Chet Gould, the turn-out at his booth was intense and Brian opted to stay in his hotel room until he could adjust to the love and enthusiasm of the western hemisphere. 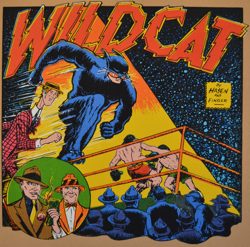 But the best part is watching the faces of the small children who are brought there by their fan parents, usually dressed up as the cutest superhero in the universe. They hadn’t had so much visual stimulation in their lives; clearly, they were having great fun. But I strongly suspect that, like Margaret Cho and Brian Bolland, they get overwhelmed and retreat to their portable hidey-hole: napping in the stroller.

Rarely have I heard a small child continuously bawling at a comic book show.

48 years is a long time to do anything, but of course the opportunity to meet up with my friends and to talk with the fans and sign some books and tell some stories is irresistible. I am reminded that first-generation comics pros such as Jerry Robinson and Irwin Hasen regularly attended comics shows until they stopped walking the Earth.

You know, I totally get that.