Molly Jackson’s Brunch – With a Side of Comics! 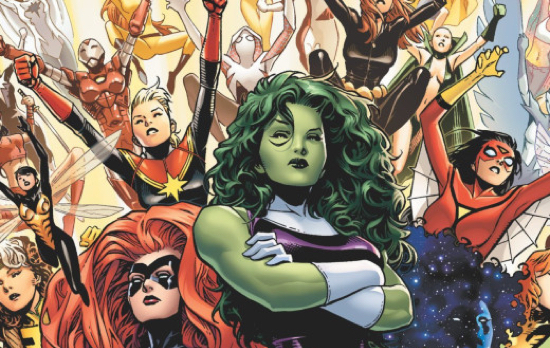 I was out with some friends for brunch this past weekend. Brunch is a standard weekend event in the NYC area now, and it seems like a month rarely passes where I don’t have brunch plans on the horizon. The unannounced purpose of this brunch was to get to know a friend’s new girlfriend. So of course, I bring up comics as a get to know you topic. (Brunch tip: One always needs go-to conversation topics for brunch outings.)

She gave me a sad, but not surprising answer to my query. She said as a child, she found comics disappointing because there were no female writers creating stories and the female characters, dressed in very revealing costumes, didn’t represent her at that point in her life. This exact argument should be familiar to anyone who has read almost any article about women or minorities in comics, ever.

Of course, I immediately began rattling off graphic novels with female creators, important social topics, or just amazing storytelling. Afterwards, when I was on my way home, I realized that I keep this running list of graphic novels to recommend to people who specifically complain about lack of diversity in comics. A list for those people who can only think of Gail Simone when you quiz them about women in comics. Gail is great, but there are so many other women in comics; in part because of all that she has done.

Now I suspect the people I’m talking about aren’t regular readers of ComicMix. Frankly, if you tune in here on a daily basis, we’ve totally sold you on diversity in comics. Yay us!  But now comes the hard part. Teaching others that yes, there is growing diversity in comic creators!  Right now is the potential for a boom of diverse creators in comics. As the political climate affects change, fans are becoming more focused than ever on who are the storytellers. However, just because it is getting better doesn’t mean it’s a solved problem but we can make it better through our voices and our wallets.

With our dollars, we can continue the trend of well-rounded and well-dressed that is building thanks to Batgirl, Faith, and Ms. Marvel.  We can encourage female creators like Amy Chu, Kelly Sue DeConnick, Jennifer Hayden, Amy Reeder, Gail Simone, Mags Visaggo, or the many more that I’ve run out of space for.

So the next time you are in a crowd (or out to brunch), ask the question about comics.  See who says comics don’t represent them and then show them that they can.  Encourage reading comics written by diverse creators and together, we can show publishers that diversity matters.