Marc Alan Fishman: “God, Where Are You Anyway?” 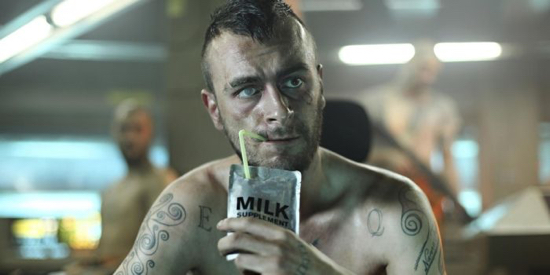 Prior to it appearing on AMC (home of Meth!), I’d never been indoctrinated into the seminal comic book series Preacher. I long knew of its quality – nary a person within the geek-menagerie of every comic shop I’d lived in was without someone constantly droning on the merits of the Garth Ennis road-trip-opus. But much like many series of my middle-youth (Transmetropolitan, Fables, Sandman, etc.) I was far too much of a commercial whore to appreciate the boundary stretching sequential fiction that didn’t plaster its protagonists in capes and cowls. Luckily, I grew up.

We live in a gilded age of comic-to-mainstream-media. Even just listing the current crop of comic-based bounty choking our airspace right now could be an article unto itself. That Seth Rogan and his production team would tackle a show as complex as Preacher due to their love of the source meant good things. And let’s be honest: AMC rarely puts out less-than-stellar work. With a cast anchored by the formerly young Howard Stark – Dominic Cooper – and a commitment to not barrel into the world of Preacher without care produced a well-paced epic dramedy that soon moved from DVR fodder to appointment TV in my house.

For those not in-the-know, Preacher concerns itself with one Jesse Custer. Jesse is a bad man trying to make good. He’s joined by his long-standing love (and ball-busting, rocket launcher building, frozen vegetable cooking) Tulip, and the Irish vampire Cassidy. In the comic, we’re immediately in media res with the odd trio as they take to road trip to find (and pummel?) the Lord almighty. Instant hook, no? Well then what balls Rogen had with his team to spend the entirety of the recently completed first season to take a step back to do a bit of world building.

Most other critics (and my good friends throughout the social media spheres) felt that this choice – with a Southern-slow-as-molasses plot – was a yawn that lasted for plenty of episodes before the pace quickened. In my mind, this deliberate plodding helped create what many decent-but-not-great TV shows have been lacking as of late: an original tone. Look only to stalwart standbys like Arrow, or Agents of SHIELD for one-note (but still very entertaining) story telling. Here, Preacher professes to build the town of Annville, Texas one sad life story at a time. And we’re better for having to been made to soak it all in before the season finale.

By the time Jessie, Tulip, and Cassidy take off on their mission to find God (insert Blues Brothers reference here), Annville is a crater of ashes – a searing cloud of fart fumes and death. To have started out the series on this explosion would have been a lurid choice. By making us live in the town first, Preacher sets us up for so much more pain in the pending future seasons. That the town itself ignited amidst a miles-wide pandemic of sin merely served as the icing on a deliciously sadistic cake.

And all of this is beset by methodical and memorable characterization and astounding plot beats. Obviously owing the debt to the comics crew for the source material to draw upon, Preacher was a bold experiment in the boundaries of shows directed towards the semi-masses. Unlike the immediately engrossing Breaking Bad, here Preacher introduces the insane concept of Genesis straight away. While it would take us several episodes to get the full explanation, knowing that I can now tell a curious stranger about the show where the spawn of an angel and demon inhabits a criminal man of God, granting him the angelic/demonic power to bend a persons will to his words? Well, you don’t run across that much on TV. Join that to the notion that vampires are real, Heaven’s angels are inept hitmen, and God has gone missing? That all adds up to a striking series that I will egregiously wait for enthusiastically watch when the second season comes a’callin’.

All this and I haven’t even touched on Arseface.

Preacher gives me faith that our beloved comics will continue to permeate the masses in the best ways possible. So long as those responsible are beholden to the original creators? We can all say a little prayer that this golden era never ends.