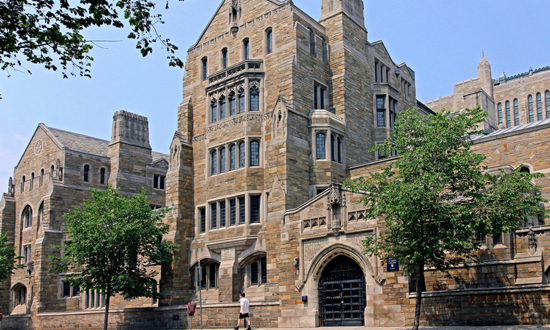 Writer’s note:  Why after almost two years am I bringing this to a head? Because I’ve tried and tried to reach these guys and still nothing.

I’m also sick, and this was consuming me making me sicker. I reached threshold when Rich Johnson of Bleeding Cool asked me to comment on some verifiable information he now had.

And I’ve had enough.

Eighteen months ago my world, already rocked by a series of devastating events, was almost destroyed.

Milestone 2.0, the new company founded by Denys Cowan, Reggie Hudlin, Derek Dingle and myself hit the world. The initial story broke in the Washington Post a newspaper with a global reach underscoring how big deal this was.

The announcement landed on the comic book press like a bomb, with the explosion killing me. Yep. I’m dead.

That morning I was returning from somewhere I can’t remember where when I  noticed substantial activity on my cell phone. I get a lot of texts but rarely does anyone leave voice mails as I don’t listen to them. Who does in this age of ridiculous back and forth texting?

I’m guilty as are most people I know of this utter stupidity. One question asked could result in a 20-minute exchange whereas the same inquiry could be answered in a 20-second call.

My excuse is I detest talking on the phone. That morning I realized I’d have no choice, something important was up, and only a maroon would

forgo a voice for type.

Without listening to any of the voicemails, I decided just call everyone back. I started with my former director of all things cool, Tatiana El-Khouri. If the calls were connected, she would have the scoop.

She had the scoop… and then some.

Any concern in Tatiana’s voice is rare. I’ve known her for 10 years and seldom does her Vulcan-like coolness show cracks of sentiment. This time in her voice I could clearly hear her increasing trepidation.

She told me that in the massive amount of Milestone 2.0 press blowing up all over the industry, nowhere was I mentioned. She seemed to think I knew about the launch.

I had no idea.

Likewise, no idea about the Washington Post interview with Reggie Hudlin. Given no clue of the press release from DC Comics or any of the dozens upon dozens of other news impressions, unmistakably part of a well put together time-consuming plan.

No one at Milestone 2.0 said a word to me. After four years of working towards this moment, they just discarded me. Despite my considerable efforts on behalf of M2.0 that excellent plan did not include me, I was never included. When I’d asked Tatiana “who died” I never dreamt the answer was me.

I was not only dead. To them it seems very much like they want to bury me as well.

After receiving news of my death, I called Reggie in heated anger. I said some horrible things, feeling justified since such a horrible thing had been done to me.

The truth is the vile things I said to Reggie were not just my reaction to my death at Milestone it was my response to years of hooking Reggie up and being treated with no respect.

I’ve supported Reggie in countless ways since we’ve met. I’ve thrown parties for him, arranged speaking engagements, put together panels as well as personally vouched for him with Urban Ministries Inc., who vet anyone and everyone they bring into their church space.

And believe me, when I say their church space I mean their church space. When Viacom and BET thought they had significant juice to allow them last minute booth access at SDCC they found out they didn’t. I did, and I gladly did so for him.

Parents, save your money. Send your kids to a good state school.  Neither of us was smart enough to avoid this bullshit.

The thing I think I was lividest about when I let loose my fury filled tirade on his voicemail was the realization I chose the wrong side when a rift developed between a former brief protégé of mine and Reggie.

Aaron, I fucked up, and I’m sorry.

I continue to regret my words and although I was still livid that morning I called back and apologized. I also sent a text and to my utter surprise, he responded with what seemed genuine concern.

I called Derek Dingle next.

Derek didn’t pick up, so I left a message. Not an outraged one, although still angry and horribly so. I had to get it together. I loved Derek and he would fix this.

I had so much respect and love for Derek that when SDCC did not invite him for Milestone’s 20th Anniversary I told them unless Derek was there Denys and I wouldn’t be there either.

Then I wrote this.

I needed to calm down, so I called my mom. She didn’t answer either, and my call went to her voicemail. It takes me a moment to remember my mom had moved, and I didn’t have her new number in Heaven.

I forgot she was dead, and that’s not the first time I did. Nor the last.

I call her Dr. Phil because she always giving me advice. She had come by to check on me and bring me breakfast before she went to work. Having survived a parallel depression, she pops in from time to time. She saw the Washington Post story and decided this was one of those times to pop in.

Derek calls back, and I felt better. The last time I saw him, he stood beside me in front of my mother’s casket.

“Michael, we’re family. We’re going to do great things together.”

I tell Dr. Phil this is all about to be cleared up. I say to Derek “Tell me who’s colossal screw-up was this? What happened? What’s going on?”

“Michael over 20 years ago when you began the lawsuit against us…” Derek said this in slow, measured tones.

Then he hung up.

NEXT WEEK: 20 Years Ago They Did The Same Thing… Only Different