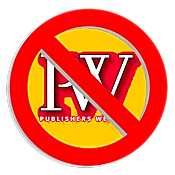 So pissed that this article was first written for my website. My website is usually where I rant about goings on in the world of politics and such, I almost never talk about comics there. Well, I was so pissed over a Publisher’s Weekly article I couldn’t wait for Tuesday to vent my anger so I went ahead and wrote this piece for MDW.

Those of you familiar with my writings know I tend to use language not suited for everyone.

Translation: I swear a lot.

Chantal d’Aulnis is a dear friend who I’ve known for a long time. She is also the unofficial 6th founding member of Milestone, as it was Chantal who gave us invaluable advice when setting up the company. She pointed out to me that my swearing may take away from the importance of what I was trying to say in this article when I posted it on MDW.

It’s with that in mind that I’m going to edit the original piece for ComicMix. I will be substituting less offensive words in the place where I swore in the original piece. The words changed are in bold just in case you are wondering. This version will also have additional new content or not…

This one’s for you, Chantal…

The following from a recent Publisher’s Weekly article:

This year’s programming includes a spotlight panel discussion that recognized the 20th anniversary of Milestone Media, a pioneering comic book company founded by a group of black writers and artists that included the late Dwayne McDuffie, Denys Cowan and others.

The article was about The East Coast Black Age Of Comics Convention the Milestone panel was just one of many great things that went on at the convention over the weekend and it was nice the PW gave us a shout out.

Publisher’s Weekly is a big deal a mention there even a small one is never a bad thing, well unless that mention is a review and the reviewer thinks the book you wrote sucks booty. I’ve been mentioned and/or reviewed in PW a few times. The last time was a review they did on the book David Quinn and I wrote, The Littlest Bitch.

That review got us a call from a network looking to talk to us about an animated series of the book. It’s safe to say in entertainment all the major playa’s read PW.

So, when I see that PW has regulated Derek Dingle and I to “other” status regarding Milestone that’s a cause for concern and frankly PW should have done a better job with their background checking. Milestone Media changed the game so much that we are being celebrated at the San Diego Comic Con this year. Comic Con is the biggest pop culture event in the world. You don’t use “others” to describe founders of anything that important. It’s retarded reporting at best and pecker journalism at worst.

This year’s programming includes a spotlight panel discussion that recognized the 50th anniversary of The Beatles, the pioneering rock and roll band that included John Lennon, Ringo Starr and others.

Don’t get me wrong, the article was a wonderful piece, extremely well written but, “…and others?”

Come the booger on!

I could be wrong but here’s what I think happened, the reporter got his or her background information from those she or he interviewed at the convention. The reporter’s name is Bobbi Booker, I have no idea if that’s a girl or guy and yes I do know a guy that that spells his name that way so it could be a guy, smartbotty.

Like I said, I could be mistaken but I think whoever Bobbi spoke to gave the impression that Derek and I didn’t matter as much or we were junior partners.

There’s a myth a lot of people have taken as truth that persists about Milestone. The myth is that my dear departed friend and partner Dwayne McDuffie started Milestone and everyone came after.

That myth is so strong that a few years ago some clown went on Facebook and called me a liar when I stated at my annual Black Panel at Comic Con the following;

“Denys Cowan created Milestone, I co-signed but the creation of Milestone is ALL Denys. Anything else you hear is just scrotum basket!”

By “co-sign” I mean, I was with Denys the moment he came up with the idea and said it was a good one. That (white people) is called a co-sign.

Imagine my surprise and anger when this mouth stain went on Facebook and called me a liar during a major forum. He stuck to his “sources” until I bet him $10,000.00 that his information was simply sissy.

This guy was convinced that Dwayne put everything together then called Denys, Derek and me. On another black comic forum someone swore Robert Washington both created Static and wrote the Static bible.

Denys Cowan, Dwayne McDuffie, Derek Dingle, Christopher Priest and I created Static. Oh, and the Static bible? I wrote that. What Robert Washington did was take our good idea and make it darn great. Those books were some of the best comics to ever see the light of day and that was all Robert and John Paul Leon.

Speaking of John Paul, I read somewhere that Matt Wayne discovered him.

Nope. That was me.

On many on line forums people who have no darn clue about Milestone except what they have “heard” are holding court as if they wrote the business plan and pitched it to DC and Marvel.

Oh, you didn’t know Milestone almost ended up at Marvel? I guess Ray Ray didn’t get that from Huggy Bear who knows all. “Word on the street is that Milestone was started by John Lennon and Ringo Starr…”

This is not sour grapes on my part. I’m not bitching because I’m not getting the proper credit for my contribution to Milestone, but rumors and misinformation have a tendency to become fact that can affect everything that you do. I’ve seen news stories that mention no one but Dwayne when discussing Milestone.

Why is that important to correct?

It’s important because brand is important. How you manage or don’t manage your brand can be the reason the business world gives you respect and takes you seriously.

My Space is a butt joke, Paris Hilton is an afterthought, Blackberry is just another smartphone and Tim Tebow is feces unemployed.

Brand management or lack there of is why those above are no longer on any A-list.

Tiger Woods, Robert Downey Junior, Vanessa Williams and Bill Clinton are at the top of their game after each faced career ending scandals. That’s brand management.

For my money the single best example of great brand management is Tylenol. Years ago tainted Tylenol tablets were killing people. Tylenol managed to not only come back but are bigger than they have ever been.

The Milestone story is too important to let just anyone who heard some Doo Doo though the grapevine tell it. If the accepted narrative becomes just Dwayne created Milestone what happened to me at a meeting some time back will become commonplace. I was in talks with a mainstream publisher about an imprint deal I would have with them. During a meeting with eight people in the room including the publisher someone mentioned Milestone. I promptly interjected that I was a founder of Milestone and someone actually said; “No it was McDuffie who started Milestone with backing from Quincy Jones.”

Oh, no! Now, I’m put in the position where I have to address that. Having to deflect, correct, restate or clarify anything in a corporate setting is almost always bad.

Anytime you take the position that information you provided or spoke to is flawed, inaccurate or wrong puts your credibility in question. The perception that Dwayne is solely responsible for Milestone is problematic because Dwayne was such a massive talent future Milestone business could be at serious risk if a company decides they don’t want to be in business with Milestone because the guy who started it is gone. He’s not gone, his name is Denys and he’s even more talented than he was when he started Milestone 20 years ago.

Derek, Denys and I are truly blessed to have been partners and friends with Dwayne. Milestone was a great idea and Dwayne made it a greater idea of that there is no doubt. I’ll leave you with a bit of advice Dwayne gave me and no doubt countless others…