Any worries that Lego Dimensions might not go big with their second year were unfounded— LEGO Dimensions packs based on 16 new entertainment properties will begin launching on September 27, 2016, including the new Ghostbusters film, both Harry Potter and the new spin-off film Fantastic Beasts and Where To Find Them, and a certain fleet footed spiny mammal of the subfamily Erinaceinae.

The new properties come from all forms of media, including many newcomers to the building toy line: 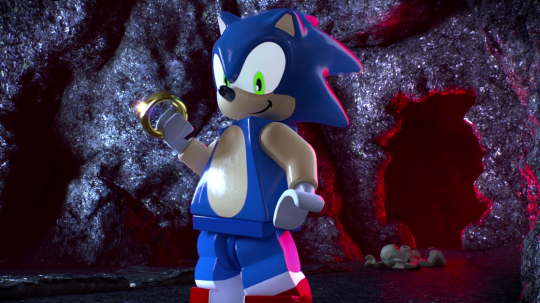 Lego also supports its own properties with The LEGO Batman Movie and their own original videogame and kit line LEGO® City Undercover.

The gameplay will be expanding as well. All-new Battle Arenas will offer first-to-LEGO videogames competitive split-screen local gameplay for up to four players. LEGO minifigures included in the wave 6 through 9 expansion packs will come with special, golden Toy Tags which unlock a Battle Arena within the Free Play Adventure World of the corresponding entertainment brand.  Each Battle Arena has four different gameplay modes and comes with its own traps, special powers and interactive environments that make every battle arena unique.

The new Ghostbusters Story Pack, based on the upcoming film, will provide a complete movie-based gameplay experience with six puzzle-packed levels and new LEGO Gateway bricks that allow players to build Zhu’s Chinese Restaurant atop the LEGO Toy Pad.  It will also come with a buildable Abby Yates LEGO minifigure with Proton Blaster, and a 3-in-1 buildable Ecto-1 which can be rebuilt into the Ectozer and The PerfEcto.

The pack unlocks “Rip,” a new Toy Pad mode allowing players to tear open an alternate universe. In this mirror world, players have the ability to solve puzzles and affect objects and other items in the primary universe. And like all gold-tag minifigures purchased, Abby Yates provides access to a new themed Adventure World with its own unique Battle Arena.

The Ghostbusters Story Pack is just the first of this new exciting pack type, with Fantastic Beasts and Where to Find Them, based on the highly anticipated theatrical release, still to come later this year.  The LEGO DIMENSIONS packs will be the exclusive construction toy offering this holiday for the exciting expansion of J.K Rowling’s Wizarding World.