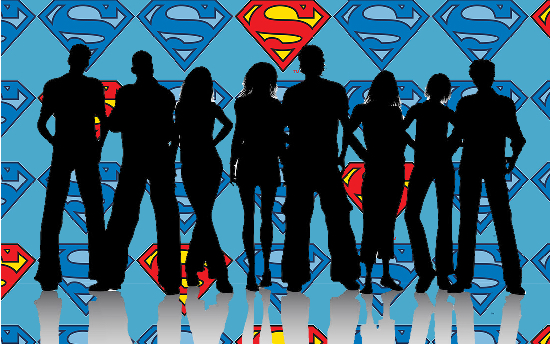 This has been a week of heart-breaking news, at least for me. No, nobody I know died (at least as of my deadline), but I hate all the stories coming out of DC Entertainment. No more Shelly Bond? Are they crazy? And Eddie Berganza? I remember meeting his cute kids. What the hell happened?

And that’s before we even get into conjecture about who this is supposed to be.

I don’t want you to think that by talking about Eddie’s kids that I am in any way suggesting that his accusers are lying about him. It’s difficult enough for a woman to stand up and make the accusation. No one does that for kicks. Rather, I’m suggesting that harassers (and their victims) are more complicated than just one type of action, no matter how vile. If anything, if we think that harassers and rapists and other creeps can only be entirely and stereotypically evil, we won’t recognize them in time to protect ourselves.

Instead, I want to talk about the institutional biases, assumptions that are so deeply ingrained in our culture that we don’t even notice them. In this case, it’s sexism, but we could be talking just as easily about racism and agism and homophobia. And I want to talk about it, specifically, in the entertainment industry, of which comics (especially DC and Marvel comics, both owned by major movie studios) are definitely a part.

Hollywood has a reputation for being “liberal,” whatever that means. People like Steven Spielberg and David Geffen and George Clooney raise a lot of money for Democratic candidates, and from this, we are supposed to infer that they are “politically correct” (whatever that means) in their personal lives as well. Maybe they are. I don’t know them. I do know that most business deals in Hollywood are conducted among people who feel comfortable with each other.

Most of us feel comfortable among people who are like us. It’s sad, but it’s true.

I’m not exempt from this. When I was a kid, I lived in a small Ohio city that was only 2% Jewish, but we all lived within the 16 blocks or so that I lived. It was quite a surprise to me to go to Connecticut and find out how many different kinds of Protestants there are. I didn’t even notice how Caucasian my freelance writing life was until I had to get a job doing events for a large department store and met African-American retail executives. When being around white people all the time is what one has always done, it’s difficult to notice how limiting it is.

In entertainment, cis white men (often from the same few Ivy League colleges) are used to being in meetings with other cis white men. They get each other’s references, because they’ve lived the same kinds of lives. That’s why their parents sent them to those schools, so they would meet each other and make friends and be successful together.

Hanging out, doing business with and generally only seeing people like yourself does not fill a person with empathy. To me, the best illustration of this is Swimming with Sharks. When I worked at DC, a friend was having a terrible time with her boss and I suggested we see this movie, since the reviews said Kevin Spacey plays the world’s worse boss and I thought that might make her feel better. Instead, Spacey’s character was almost exactly like her boss.

If your industry is based on an “old boy’s network,” intentionally or not, it’s very easy to decide that sexual harassment is just flirting gone wrong, no big deal. Or that it’s just some woman who was jilted and now wants to sue for a big payday. There are no women in the room to offer another opinion.

What can we do about this? I would urge men who consider themselves to be allies to speak up. Don’t let your silence pass for agreement when you see shitty behavior.

It’s not easy to push people out of their comfort zone. Hell, I have trouble pushing myself to get into pants most days, much less notice how many important issues I’m not noticing. Part of the price of privilege is that I have to pay attention and deliberately seek out other points of view.

Am I successful at this? Not often enough. But every day is another chance to get it right.