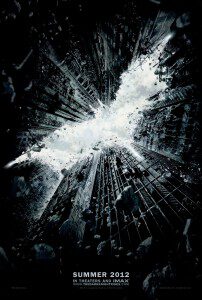 More than a month after word of a six-minute prologue surfaced, Warner Bros. has at last officially announced the opening sequence of Christopher Nolan’s The Dark Knight Rises will premiere exclusively on select 70mm IMAX screens with Mission: Impossible — Ghost Protocol. The PG-13-rated prologue will debut on Dec. 16 in North America and on Dec. 21 in the United Kingdom.

The press release notes that Nolan’s 2008 blockbuster The Dark Knight was the first major motion picture to utilize IMAX cameras. With its sequel, the conclusion of his Batman trilogy, the filmmaker utilized the extremely high-resolution cameras even more extensively.

“Our experience on The Dark Knight shooting and projecting IMAX 15 perf 65mm/70mm film was inspiring,” Nolan said in a statement. “The immersive quality of the image goes beyond any other filmmaking tool available, and in revisiting Gotham, we were determined to shoot even more of the movie in this unique format. Giving the fans an early look at an IMAX sequence is a great way to draw attention to what I believe will be an incredible way to experience our story when it comes out next summer.”