Glenn Hauman: Neil Gaiman Does Not Need A Pity Hugo 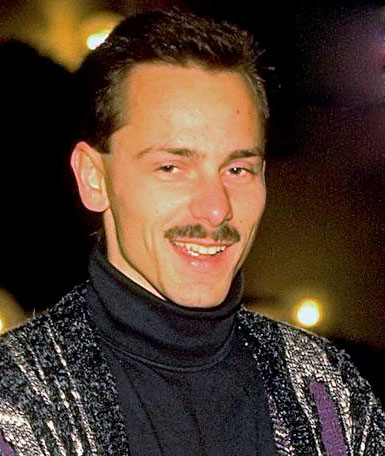 This is Jeff Gillooly. You may remember him from the 90’s. He “masterminded” the hit on Nancy Kerrigan’s knee on the eve of the U.S. Figure Skating Championships in 1994, to prevent Kerrigan from skating and making the U.S. Olympic Team, for the benefit of his ex-wife, Tonya Harding.

What does this have to do with the Hugo Awards? Well, it should be obvious. Theodore Beale, by slating again with his Rabid Puppies, has decided to kneecap the 2016 Hugo Awards… and just to add to the fun, this time he’s trying to create poison pills by nominating famous authors in some categories, so he can take the credit if they win, and cry persecution if they are rejected with the rest of his slate.

John Scalzi, talking about the Hugo mess on his blog, takes the position:

…I see some people here and elsewhere swearing they’re going to put anything that was on the Sad/Rabid slates or recommendation lists below “No Award” this year. Bluntly, you’ll be foolish if you do this. As I noted in my LA Times piece yesterday, the Puppies this year slated things that were already popular outside their little circles, like, for example, The Sandman: Overture, by Neil Gaiman.

Come on, folks. Does anyone really think Neil Gaiman holds active membership in the Puppy brigades? Or Stephen King? Or Alastair Reynolds (who specifically asked to be dropped from the Puppy lists, and was ignored)? Or Lois McMaster Bujold? […] Don’t give credit for the Puppies slating already popular work and then acting like they got it on the ballot, or for dragooning unwilling and unwitting people onto their slates for their own purposes. That’s essentially victim blaming. Rather, use your common sense when looking at the work and people nominated. The Puppies would be happy if you didn’t do that, mind you. I’m hard pressed to understand why you would oblige them so.

With all due respect, John’s way off base here. Hugo voters are more than entitled to say, “While Sandman: Overture is worthy of nomination, I’m voting No Award for everything that was slated because the nomination process was corrupted. Because of slate voting, books like Saga, Bitch Planet, Chrononauts, and Kaijumax weren’t allowed to compete. It’s a fixed fight against weaker opponents.” After all, if the slate pushed off more worthy contenders, is whatever’s left actually worthy of being called “Best”?

By the same token, King, Reynolds, Bujold, and any other person whose works were placed on the ballot by Beale’s machinations are perfectly entitled to withdraw their works from consideration without any loss of honor, because Beale’s slating tactics insured a uneven field. Beale publicly admits this, claiming “even when we don’t control the category, we still have the ability to decide who will win and who will lose when the SJWs don’t No Award the category.” 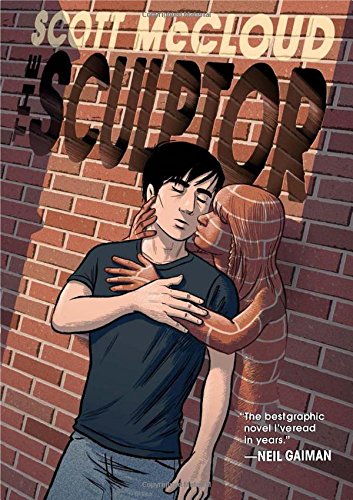 Neil Gaiman is well within his rights to say, “Yes, I believe Sandman: Overture is Hugo-worthy, but I don’t think I should win just because Scott McCloud’s The Sculptor was pushed off the ballot. I said The Sculptor was the best graphic novel I’ve read in years, it says so on the cover of the book. If I’m not going against that, it’s not a fair competition.”

Lois McMaster Bujold does not need a pity Hugo. She’s already won four Hugos for best novel, tying the record. She does not need to play against the literary equivalent of the Washington Generals.

Stephen King does not need a pity Hugo. He’s Stephen Goddamn King. (And he won one in 1982.)

And getting votes for being the only good candidate in a bad field, a deliberately weakened field, is getting a pity Hugo.

One author has already realized this. Thomas A. Mays says he has decided to withdraw his Hugo-nominated short story “The Commuter” from the ballot:

I did not ask to be part of any list, but I hoped at the very least that it might bring other eyes to “The Commuter”, readers that might appreciate it for what it was and perhaps honor me with an uncontroversial nomination (or at least a few Kindle purchases).  But, now that all hopes for a clean nomination are dashed, it is my turn to speak:

Rather than eat a shit sandwich, I choose to get up from the table.

You know who needs a pity Hugo? Theodore Beale. And he’ll never even get that. Maybe there should be a participation Hugo for him. The type some teachers give to a little boy who eats too much library paste, so he can feel better about himself.

Saying Beale wins by provoking others to further damage to the prestige of the Hugos is just silly– it’s Beale himself who kneecapped the Hugos. Beale’s claim of “You’re pushing worthy authors off!” is self-serving, because he pushed them on us in the first place— just because his actions insure someone other than him benefits is no reason to reward him for swinging a wrench at Nancy Kerrigan’s kneecap.

Here’s what Beale doesn’t get, not being a very good creator himself: good creators want to be judged on the quality of what they create. They don’t want to race against hobbled runners. Can you imagine the Cincinnati Reds felt good about beating the Black Sox to win the World Series? Beale is trying to force an affirmative action awards program, because he and his are not good enough to win on their own merits. And in doing so, he’s become the Jeff Gillooly of science fiction.