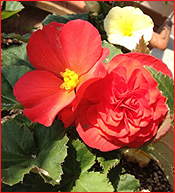 As if to offer a bookend to last week’s column about Neil Gaiman and creativity, Amazon delivered Alison Bechdel’s new book, Are You My Mother? A Comic Drama. A companion to her harrowing and brilliant previous book, Fun Home: A Family Tragicomic, which was about her father’s life in the closet and eventual suicide, Are You My Mother is about her relationship with her mother, and the life of an artist.

I’ve been a huge fan of Bechdel’s work since I first saw her strip, Dykes to Watch Out For. The sense of humor on display here, making fun of the challenges facing those who aspire to change the world with their passion, fervor, and political correctness, mirrors my own. (If you, too, like Bechdel’s series, I can’t recommend The Complete Wendel enough because Howard Cruse is incredibly funny.) I know the people in the strip. I identified with these characters so closely that I would sometimes question my sexual orientation.

Are You My Mother isn’t funny. I mean, there are some laughs, but the story is about the struggle the artist faces when she tries to make art that is honest and meaningful and, with luck, lucrative enough to make a living. The struggle involves the women she loves, including her mother and her therapists. I’ve read some criticism of this book that centers on the sections about psychiatry, saying they are too literal, too heavy-handed. I didn’t find that to be true. I thought they reflected the artist’s zeal to find answers, to find ways to heal her pain.

Gaiman discussed the nuts-and-bolts of an artist’s life. He talked about what to do, what kind of jobs to take, how to deal with discouragement, and how to carry on. Bechdel describes the work, the really hard parts, where you have to dig and be honest, no matter what the consequences.

I don’t think these two perspectives are in conflict, nor do I think one is superior to the other. I think, in fact, both are saying the same thing: that to be an artist, one has to find one’s unique gift, and then one has to present it to the world. No one else has the same gift, so no one else can do your work for you.

For example, this week, I’ve been mesmerized by a begonia I planted on my terrace. It is red, with an orange undertone and a blush of rose. There is a gray spot on it, one that is probably the first bit of mortality. I cannot stop staring at it. Even when the sky is overcast, the petals seem to glow. I can’t tell you why this moves me so much. Perhaps, in a previous life, I was a queen in India, and my king presented me a jewel with the same tones. Perhaps I lost a beloved baby blanket with that color. It looks a bit like blood, thinned with lemon juice. I know that every writer I enjoy would find a different story to explain it.

Gaiman and Bechdel are describing the same thing, but inside out from each other. Either way, it still fits.