Molly Jackson is a Purist 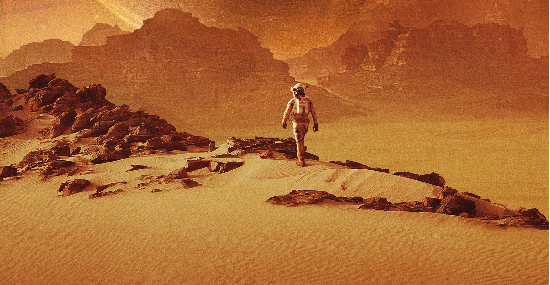 I really wanted to do something this week about Passover and all the Jewish comic creators. Maybe one day I will, but I saw a movie and now I have it stuck in a loop in my mind. Last weekend on my flight back from the west coast, I finally got the chance to see The Martian. Yes, I know it has been out for a very long time but I fell behind in my movie watching. However, I loved the book, and its science based story points. But the movie irked me, but only because I read the book first.

As for the scenes I wanted to see (at least 15% of the book is missing from the movie), I won’t share the details for fear of spoiling someone. Mostly, I was curious how they would visualize one scene or another. I have fallen in this trap many times before.  Every time I read a book or comic, I build up the world in my mind.

The biggest problem with seeing a book turned movie is that I want to see the picture in my mind up on the screen. I want the director to love the same scenes as me and go out of their way to make them happen.  Written media turned into movies always triggers the perfectionist in me. It’s not fair to the studios, really. Part of me understands that some characters get left out because of budget or time constraints. I understand cutting some characters or changes plot points for better visual storytelling.

What I have to admit is that I am a purist for the original source material. For me, growing up with the written word was everything to me. I would be willing to sit in the theaters to watch a six-hour movie that really encompasses the entire story. I get it, I’m weird.

Comics have less occurrences of this issue only because so many characters have been rebooted multiple times. I admit I still find myself hating adaptations if I know the story it is based on.  This will be tested with Captain America: Civil War coming out in about a week. We all know the story has changed significantly, including the driving force behind the actual war. It will also be missing a few hundred characters. Soon, the internet will be overflowing with tons of complaints. I understand where they will be coming from, even if I won’t agree with them.

For the record, once I got past my own nitpicking, The Martian is a very well done film. You should watch it if you get a chance. As for the next time you read a book about to be made into a film, don’t get your hopes up. Just try to enjoy the moment.