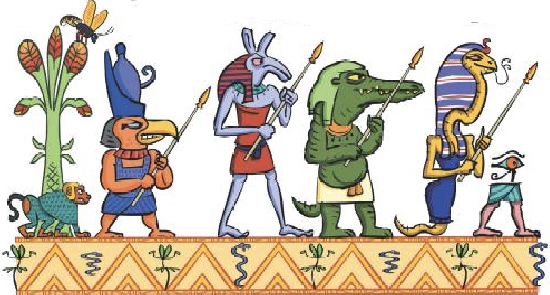 Today marks the beginning of Passover, the Jewish festival that celebrates our freedom from slavery in Egypt. It is also Earth Day, which means that zillions of rabbis have a head start on their sermon topic this week.

The first (and sometimes second) night of Passover is marked by the ritual meal, the seder, in which adults entertain children with the story of the escape from Egypt and the ensuing forty years in the desert. There are special foods that are supposed to bring to life the suffering of the slaves, and silly songs about goats and stuff to keep the kids engaged.

There is a special prayer book for the seder called the haggadah. Because Jews like nothing more than to argue with each other, there are zillions of different versions. There are haggadahs that are entirely in Hebrew, and some that are Hebrew and English … or Spanish or whatever language your family speaks. There are many that are only in English. There are some with overtly political agendas. There are short haggadahs and long haggadahs. There are some that aren’t published by real publishers but rather copied and handed around, like spies do with covert information.

Each of us thinks our favorite haggadah is the best. That’s the way we are. 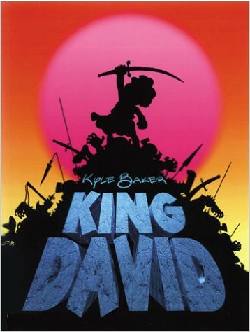 Because this is my business, I wondered if there were any comic book haggadahs. A quick Google search revealed two, both aimed at young children. I’m sure these are fine, but they seem to be produced for the comic book reader who used to read Dell Comics and Harvey.

I would like to see someone do a graphic haggadah or, barring that, a graphic novel about the Passover story. There are so many episodes that would benefit from a smart combination of words and pictures — 12 plagues, the suffering of the slaves, the escape from Egypt (with the parting of the Red Sea), the Golden Calf, the 40 years of wandering until all the kvetch-y old people died off. It would be exciting, action-filled, with lots of fascinating characters and drama.

Part of the reason I know that this tale would work in a graphic story format is that it is, essentially, the part of the Bible that inspired Jerry Siegel and Joe Shuster when they created Superman. A young child ripped away from his parents, raised by a kindly family, who grows up to lead his people because of his special powers and abilities.

There is no reason to aim these stories specifically to very young children. For one thing, most very young children who can read are smart enough to tell when someone talks down to them. For another, kids are much more sophisticated in their abilities to unravel complex story lines than I was as a child. Finally, the stories work because, like fairy tales, they reach into our primal fears and primal hopes, which we share throughout our lives.

I wish you a joyous holiday, full of tasty matzoh and freedom.