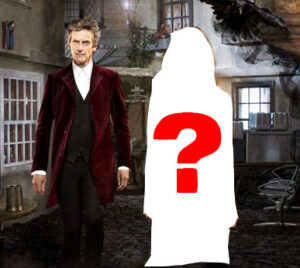 The BBC have announced that the identity of the newest Companion for the record-breaking science fiction series Doctor Who will be announced Saturday, April 23rd, live on BBC One’s Match of the Day. During half-time of the FA Cup semi-final between Everton and Manchester United, the BBC will announce the name of the new actor to join Peter Capaldi on the TARDIS.

With the return of the series in 2005, each new face to join the series has been met with an increasing sense of occasion.  Peter Capaldi’s announcement, for example, was announced in a global simulcast. Each castmember has been shrouded in secrecy previous to their introduction.  When Karen Gillan was auditioning for her role, she was told to use the code name “Panic Moon”, an anagram of “Companion”. Jenna Coleman had to tell people she was auditioning for “Men on Waves”, an anagram for “Woman Seven”.

Things have changed greatly for Who-lumni in the modern era — typecasting is largely a thing of the past. Like the role of The Doctor, a spot as Companion can have an amazing effect on an actor’s cache. Karen Gillan has landed roles in numerous series on both sides of the proverbial (forgive me) Pond, including Nebula in Guardians of the Galaxy.  Jenna Coleman will soon be playing Queen Victoria, and Noel Clarke ( Mickey Smith in series one) has become an established director with films like Kidulthood.

With Match of the Day‘s kickoff scheduled for 5:15, half-time is expected at about 6PM. The BBC will also share the news on their various social media sites, followed immediately by a worldwide flurry of Googling and IMDBing the new actor for their resume, to see how long ago they showed up on Eastenders.

Doctor Who will be making only one dramatic appearance this year, the Christmas special, followed by a proper season 10 in 2017, which has already been announced to be showrunner Steven Moffat’s last.  Rumors still abound as to Peter Capaldi’s future with the series after said season.