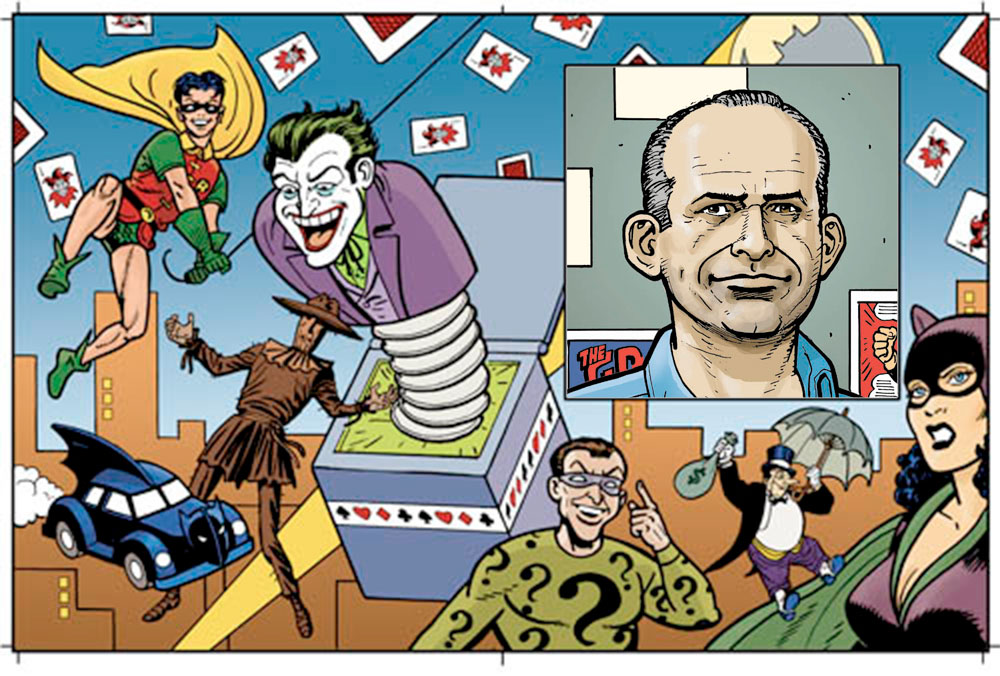 Chic Young. Al Capp. Jimmy Hatlo. Carl Anderson. Ernie Bushmiller. Alex Raymond. Roy Crane. Those are some names I remember, some 70 years later, with no help from Google, from the “funny side” of the St. Louis Post Dispatch, the newspaper that landed, rolled and bound with wire, on the front lawn of the four family flat where we lived until I was 10 or 11. By then I was aware that there was another newspaper, The Star-Times, the one that the O’Neils didn’t read, with its own funnyside and its own names and I may have even known some, but with the exception of Chester Gould, I seem to have forgotten these, maybe because I didn’t see them every day.

Somewhere in early grade school – ah, Sister Helen, what became of you? – I must have realized, probably gradually, that these names had something to do with the comic strips they were attached to and from there it would have been an easy step to realizing that the people these names belonged to somehow made the comic strips. And was I gobsmacked? (Saul on the road to Tarsus! Archimedes in the bath! Newton bonked by the apple!)

Not likely. My awareness that the comics were the product of human effort probably materialized slowly, over time. Somewhere in those developmental years, I must have come to similar awareness about the radio shows that occupied my late weekday afternoons and the cowboy pictures I saw on Friday nights at the Pauline Theater. (And boy! It sure took at lot more people to make a cowboy picture than a comic strip!)

Then there were the comic books. On Sunday morning, after Mass, Dad bought a quart of milk for the family and a comic book for little Denny. Later on in life, that scamp Denny learned to trade those comics with other kids’ comics and so some summer afternoons were absorbed by superhero adventures and funny animal hijinks.

Is something missing here?

The names. There must have been bylines and art credits in the comics, now and then, here and there, but I either didn’t register them or did notice them but quickly lost them to memory. Then comics vanished from my world and when they reappeared, more than a decade later, I did become aware of creators’ names, among them Jerry Siegel and Joe Shuster who got credit for Superman, and in the Batman comics, Bob Kane. Just “Bob Kane.”

In the comics business, it’s been a fairly open secret for decades that Mr. Kane, an artist, worked with a writer named Bill Finger. But only Mr. Kane’s name appeared on Batman comics and movies and novels and television shows and lunch boxes…The reasons are legal and a tiny bit complicated and we won’t go into them here. But we have good news! From now on, Bill Finger’s name will appear on Batman stuff. This is not accident. For years, Bill’s granddaughter, Athena Finger, and her sister, Alephia Mariotto, have been struggling to get some kind of justice for Bill and now I suggest you take note of the latest film incarnation of Batman, titled, catchily, Batman vs Superman: Dawn of Justice. You’ll see in the early credits this information: Batman created by Bob Kane with Bill Finger. 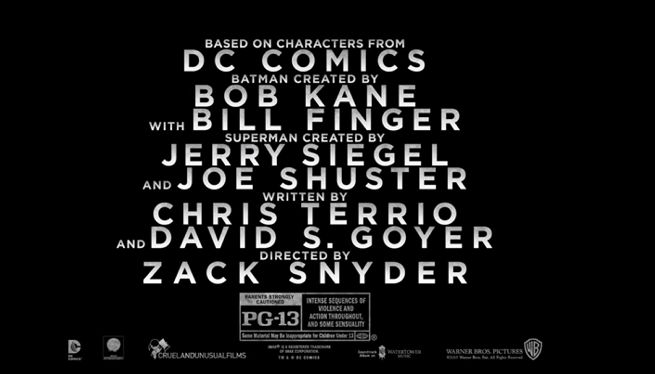 Artwork by Ty Templeton from Bill The Boy Wonder.