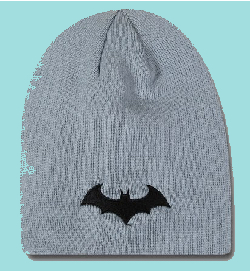 The other day at work I met a young man who is a surgical technician. Since I’m an operating room nurse, that’s an everyday occurrence. But what caught my eye was his scrub hat, which was a pattern of Batman’s insignia. So of course I immediately said, (duh) “So I’m guessing you’re into Batman.” And everything else was forgotten for a little while as he and I shared tales of our membership in Club Geek.

I bring this up because this Batman – that’s his actual nickname at work – absolutely loved Batman Vs. Superman: Dawn of Justice. He has seen it three times, he told me, and wouldn’t mind going back for a fourth viewing. Being that this was the first time I was meeting him, I was polite and didn’t scoff or tell him that he’s an idiot. I did say that I hadn’t seen it yet, that I hate what Zack Snyder had done to the Man of Steel (pun intended) and that speaking I’m not a Snyder fan, that people I know with whom I work with and respect here at ComicMix have seen it pretty much hated it (see Mike Gold and Marc Alan Fishman’s columns, as well as Arthur Tebbel’s (review), and that I had decided to wait until the movie hits the streaming and cable markets.

“And I especially don’t like the idea of Batman using a gun. He’s not the Punisher,” I said. “The whole thing with Batman is that he operates, he lives, on that line between justice and vigilantism. It’s a tightrope between good and evil.”

Well, scrub tech Batman explained to me that Robin’s death (“by the Joker,” I interceded, to which he said, “Yeah, but the movie doesn’t show that,” to which I said, “Well, we know about it because of Dark Knight, but from what I understand his killing rampage comes out of nowhere, and don’t you think it should have at least mentioned the Joker for those not in the know?”) has driven Batman over the edge and that it makes perfect sense. “And it’s cool,” he said. “It’s really cool.”

Which got me to thinking later on – I didn’t ask scrub tech Batman how old he is, but he’s definitely a Millennial, and that’s the generation that’s come to adulthood in a world in which “death by bullet” is an everyday occurrence; in a world in which “guilt” and “innocence” doesn’t mean a thing; in a world in which fucked up wing-nuts use AK-47’s to settle arguments; in a world where police kill kids and beat up drivers for not signaling a lane switch; in a world where campaign rallies become Nazi Beer Hall Putsches; and in a world where Islamic fundamentalists fly passenger jets into buildings, kidnap and behead reporters, and burn enemies alive – all brought to them in living color courtesy of the news and the Internet.

So it’s not really all that surprising, if you think about it, that scrub tech Batman accepts the new paradigm of brutality, ugliness, rage, and “gangsta-ism” in their fictional heroes.