Ed Catto: It is Balloon! 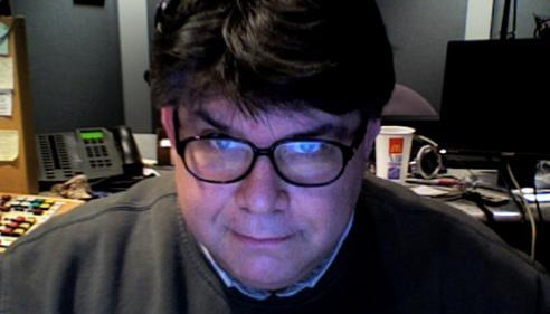 There are many ways to secure a seat at the big Geek table. Young fans often start by scribbling in their sketchbooks with dreams of drawing the adventures of their favorite characters. Cosplayers create costumes and attend conventions through the year. Today’s on-ramps include drawing, writing, coloring, publishing, retailing, reporting and cosplay…there’s a myriad of ways to participate in the grand Geek tapestry. 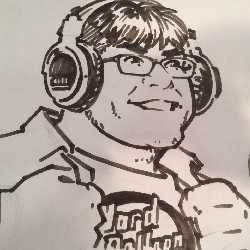 Here’s a fan who has found a fascinating seat at the table. He talks to his favorite creators about his favorite things – and then lets us all listen in. And it’s great entertainment. The Word Balloon is an interview podcast hosted by a bright guy and with a lot of ideas named John Sinters and I wanted to find out how what drives him and how he created this podcast.

John’s a guy who loves all facets of comic culture. He was born just a smidge too late to fully embrace the debut of Batmania in ‘66, but definitely enjoyed the long tail and quickly leapfrogged into comics. “My allowance was 50 cents, and so each week I could buy two 20 cent comics.”

John drifted out of fandom a couple of times. When an inevitable interest in dating took hold in high school, he lost interest, only to be drawn back during college. “A local comic shop was giving away Xeroxed copies of Watchman.” It was short hop over to Frank Miller’s Batman opus, The Dark Knight Returns and mainstream comics. 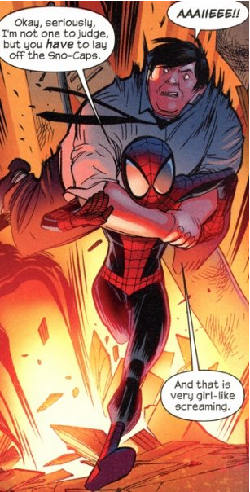 By the mid-nineties, he had drifted away once more, but hearing that Kevin Smith’s new Daredevil was just as good as Frank Miller’s mid-80s run, he jumped back into the pool and will probably never climb out.

In the early 2000, John was working for CBS’s The Score and then Sporting News Radio, owned by Microsoft co-founder Paul Allen. The company always encouraged ideas that would leverage Allen’s other holdings. Siuntres realized one of Allen’s other holding was the Science Fiction Museum in Seattle Washington. (It has since been rebranded as the EMP museum.)

He suggested that Sporting News Radio create an audio podcast to help promote this Science Fiction museum. Management declined, but thought the idea had great potential and suggested, “Why don’t you just do it yourself?”

Word Balloon originally started as a documentary. But when those plans fell through, John turned to the local Chicago scene and creators like Brian Azzarello (100 Bullets) and Max Collins (Ms Tree, Road to Perdition). The movie Batman Begins was in production locally and Moonstone was a local comics publisher ramping up at that time.

In the early days, he used a lot of elbow grease to get the word out. “I’d just post on CBR and various message board communities,” said John. “I started with Azzarello – very early on. I liked the Jeff Parker’s The Interman and at the time he was just getting Marvel work.”

He posted that interview and then clearly recalls getting a message from comic artist Mike Wieringo, who asked for help downloading the podcast. John quickly invited him onto Word Balloon as a guest. 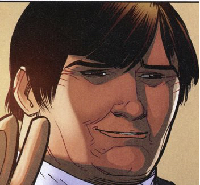 John really enjoyed the conversations, and fans did too. “By that point, I was doing Chicago radio for about 12 or 13 years. I was interviewing Chicago athletes in the fields, at the games. I had my 10,000 hours of experience in that,” said John, referencing Malcolm Gladwell’s contention that 10,000 hours of practice is needed to achieve mastery in a field.

He was inspired by magazines like The Comics Journal and Amazing Heroes. And in music, magazines like Rolling Stone were focusing on the creators and creative process. “Those were great,” he recalls. As the era of creator owned comics dawned, an interview show like Word Balloon made all the more sense.

“I’ve got an audience and it keeps getting bigger. People are becoming more Podcast savvy. In 2010 they said it was the end of podcasting, but it keeps on going,” said Siuntres. 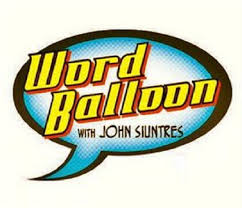 What’s his secret? “I make it very social. lt’s like spending an evening with someone I wanted to get to know better anyways,” said John.

Siuntres does have concerns about today’s comics. He gives a lot of thought to the amount of time it takes to tell a story. “An hour long (TV) episode of The Flash tells a whole story. But a comic reader just gets part of story and has to come back.” It might take five or six weeks to read a complete story. He feels the big two have to really look at the competition for storytelling.

Siuntres also has an opinion on the upcoming changes to DC’s publishing. “DC is about to do another rebirth. The wheels have come off the wagon, “ he said. “I don’t think a lot has happened <since the last reboot>. The chess pieces haven’t moved that far. The recent Superman story was bloated. It didn’t have to be that bloated.”

I asked John what was coming up next. Like a gleeful child the week before Christmas, he became even more animated. He teased me and told me to stay tuned for his with interviews with comic writer Rick Remender, Maria Carbado on her documentary Better Things: The Life and Times of Jeffery Catherine Jones and Joe Henderson, the showrunner for Fox’s Lucifer.

“I’m excited for the now and for the next five years,” said John. “It’s kind of like a one-on-one cocktail party.”