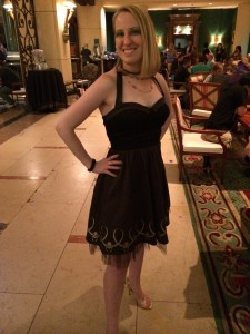 . Balloons are designed to teach small children this. – Terry Pratchett

Terry Pratchett was, in the above as in everything, a wise, wise man. The most valuable things in the world are often ones we should hold onto lest we lose them; and not only hold onto, but treasure.

I certainly treasure the experiences I’ve had while writing my weekly column for ComicMix. Chief amongst these is the valuable experience of actually having to sit down and write something out of my own head for publication on a deadline week after week (despite it having been, hrm, occasionally a somewhat negotiable deadline (thank you, Mike and Glenn, for your patience!). And through the weekly column I’ve had the opportunity not only to develop my discipline as a writer, but also to trot out and work on polishing up several different styles of writing; to continually improve my abilities as an interviewer; to sporadically embark on flights of whimsy and ridiculousness that have nevertheless been surprisingly well received; and to determine just what my opinion was on a variety of relevant comics and genre entertainment subjects, and then how to share it in the way that most reflected my true feelings and yet seemed least likely to result in reams of angry comments.

Of course I also enjoy traveling to different conventions with or as a representative of the ComicMix family; interviewing creators and recapping events, and making new friends through my writing, my travels, my interviews, and my work with other ComicMixers. Writing (almost) every week for ComicMix since May 1, 2012 has opened my horizons, allowed me to have amazing experiences, and certainly changed me for the better.

However, occasionally you have to let go of the things you treasure, even if just for a time. And unfortunately, I find myself at one of those times, due to a convergence of factors; and am thus going to be taking a hiatus from my weekly column here at ComicMix. The main factor is actually one that I’ve been dealing with for over seven months. In short, last July I had a bad fall, and I’ve been living with the repercussions ever since. And while I am generally on the mend, regular doctor visits, medical tests, and twice-weekly physical therapy have sucked a lot of my time away; not to mention that, goshdarn it, this “healing” thing kind of hurts and takes a lot out of you, physically. And, well, then there’s the possibility that I may have to have surgery to fix my thumb because of this (side note: did you know that one of the side effects of getting an MRI on your thumb is to have your entire arm fall asleep? Ooooh, it feels so weird). The sum total of this is that one morning I had to look in the mirror and remind myself that I am not actually a superhero (although if I was I would be awesome) and that sometimes, it’s okay not to be able to do all the things at once, and that if you find yourself, e.g., being very tired and having trouble making your deadline week to week, perhaps you need to take a break from having said deadline.

You might wonder why it took me approximately seven months to realize this. However, as always, Sir Terry has a quote that is particularly apropos:

The whole of life is just like watching a film. Only it’s as though you always get in ten minutes after the big picture has started, and no-one will tell you the plot, so you have to work it out all yourself from the clues.

And then suddenly, all the clues come together, and you’ve solved the mystery of life!

What really happens, maybe, if you’re lucky, is that you eventually figure out one step you might need to take to improve a current situation. Of course even then there’s no guarantee that it’s the right step. And if you take it, and you let go of that balloon you’ve been treasuring, the fear is that it will be lost forever up in the vast unknowable sky, never to return. All of the work that went into those weekly columns; the vast readership, so painstakingly built (hello, all several of you!); friendships formed in part from my identity as a genre entertainment columnist – gone! Just gone! It’s enough to make me want to hold on tightly to the balloon’s bright ribbon and never let go. But fortunately, columns and readers and friendships aren’t actually balloons that will disappear forever if you let go for a bit; and change can be good, and it can be necessary, and it can lead to new adventures and, after all, sometimes, you must make the hard choice to leap fearlessly off a cliff (or at least move your life onto a slightly different path) because:

If you don’t turn your life into a story, you just become a part of someone else’s story.

And nobody wants that.

Not that my story is actually going to be too different around here. Because despite taking a hiatus from the weekly columns, I am not leaving you entirely, dear readers! I fully intend to remain as Your Faithful Convention Correspondent for all of the conventions I attend (which this year looks to include Awesome Con, San Diego Comic Con, Dragon Con, and New York Comic Con).

Also, depending on circumstances, I hope to return to the weekly posts at some as-yet undetermined time. So actually, it’s less like I’m letting go of my balloon, and more like it’s just been tied onto an extremely long ribbon which I can still hold onto, and we’ll still be connected by that ribbon, and really, that’s not so scary after all.

That said, I will miss my weekly interactions here, and wish that I had infinite time and energy to do the infinite numbers of things I constantly want to be doing. But as a wise man (I bet you can guess who!) once said:

So much universe, and so little time.

So until that time in the distant future when I’m back each week: Vigilate!