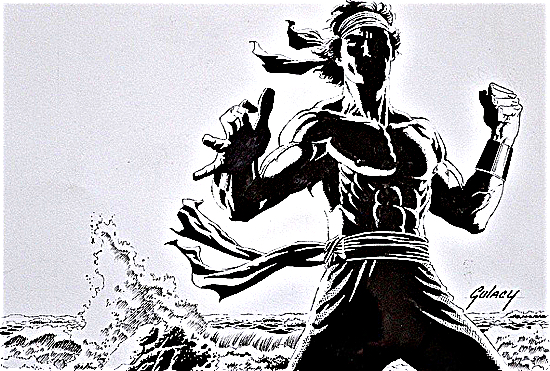 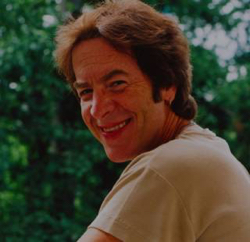 2016 is looking to be a big year for Paul Gulacy, with the long-awaited reprinting of his groundbreaking Master of Kung Fu series and as a guest of Honor at the San Diego Comic-Con. But in some ways every year is a big year for Paul. He’s a tireless workhorse who is always creating and producing gorgeous artwork. I’ve had the pleasure of working with Paul on a few projects (please don’t ask about the Lady Gaga thing) and it’s always been enjoyable and invigorating. This interview is no exception. As you’ll see, Paul is witty and wistful and, as always, honest and authentic. He’s the real deal. 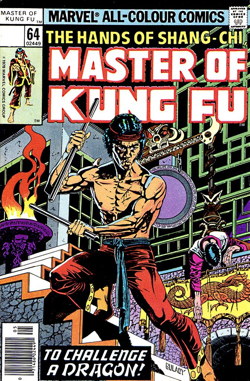 Paul Gulacy: It’s wonderful news. It’s about time and everybody I talk to is going nuts. They can’t wait. The way I feel about it is probably the same way everybody feels about it – including Stan Lee. It’s simply terrific news. Not to mention about time. I can’t think of any other popular comic that had to put up and deal with so much nonsense.

EC: When you think about your run on Master of Kung Fu, what are your fondest memories?

PG: Having a ball. Working for Marvel, a great series, a fantastic writer like Doug Moench. It was awesome. We were the springboard creators that launched an entirely new direction and new wave for the industry. We were the 70s guys that some pop culture enthusiasts determined to be a revolutionary period especially in the world of pop culture. When you think of some of your favorite 80s tunes you might be surprised to find out that those songs were recorded in the 70s. The Talking Heads come to mind… and Blondie. 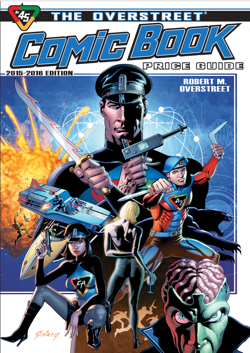 EC: This past year you contributed a cover to the Overstreet Comic Book Price Guide as one of their prestigious cover artists. Can you describe that process and how you went about it?

PG: Yeah, that was quite the honor. Very nice to make a contribution to such an iconic Americana pop culture treasure. Many people don’t realize just how popular Captain Action and friends were. I recall the TV commercials for the toys when I was a kid. It was an honor to do the commemorative anniversary cover.

EC: You’ve illustrated Batman a number of times, and I’m struck by how often you brought something new to the party – things like a clever costume tweak or a new Batmobile. What’s it like to work on Batman on how does that differ from other assignments? 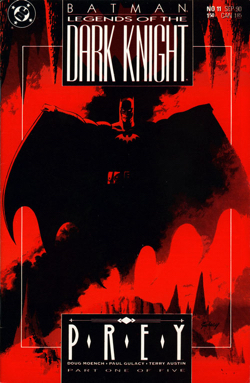 PG: If I’m not mistaken, Doug and I were asked to re-introduce the development of the Batmobile. And that took place in the series called “Prey” (in Batman: Legends of the Dark Knight). Later on we also re-introduced Gordon’s idea of utilizing a bat signal and why.

EC: Recently you contributed to an issue of the DC Western series, Jonah Hex. The issue was stunning, and the opening sequence with a burning building still sticks with me. What can you tell us about illustrating other genres?

PG: Maybe it might be a good idea to stay away from matches, Ed. No, Hex was a blast. Justin and Jimmy always came thru with a doozie storyline. And of course I come from the era where the western was all over television. Plus, I grew up in Ohio riding horses. As a kid I couldn’t stop drawing horses. But again, those guys always came through with an inspiring script. 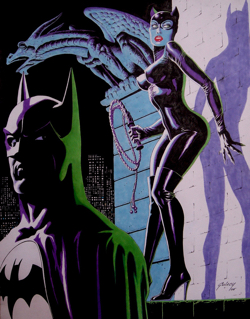 PG: Perhaps it’s the Jonah Hex after-shave I splash on every morning to start my day. I admire pretty women. They catch my eye and capture my attention. All kinds, shapes and sizes. On my Catwoman run I used three different models who posed for me, and at this point I better shut my big trap before a frying pan comes down in my direction.

EC: By looking at your finished artwork, it seems to me that you’ve enjoyed all your assignments. You never phone it in. But I know that can’t be the case. Were there any projects you were less than thrilled with?

PG: Too many to count. Everybody has those clunkers that make you roll your eyes and shake your head at. I’ve dialed it in on more than one occasion, often to just pay the rent, or get some fast cash. You have to take it on the chin.

EC: Conversely, what projects did you work on in the past that you wish would get another lease on life? 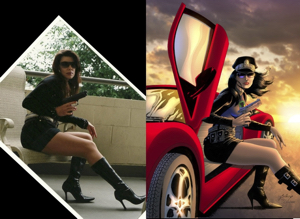 PG: Some independent company characters like Sabre or The Grackle come to mind. The characters that Jimmy Palmiotti and Justin Grey developed for a series called Time Bomb for Radical Publishing I thought were awesome. I really had fun on that story. They come by once in a blue moon, and the fact that they are indie gives you more latitude. My entire career is established for the most part for working on obscure, oddball titles. I’m certainly not known for my Captain America contributions.

EC: Dark Horse is publishing The Rook. It’s a relaunch you’re working on with writer Steven Grant. How did this one come about and what are your thoughts on the character and time travel stories? 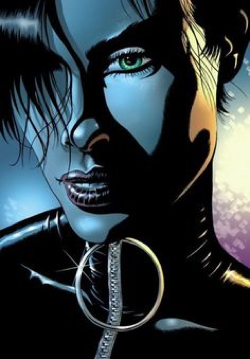 PG: Both Steven and I were contacted by Ben Dubay who holds the rights to the Rook character that was developed by his uncle, Bill Dubay. Bill passed away a couple of years back. I actually worked for Bill when he was on staff at Warren Publishing in New York City. Among a handful of stories I did for them was a still unpublished Rook story.

The Rook is a time traveler. Maybe it’s a good time to get that in here. Anyhow, Ben was on a mission to get it in the hands of Dark Horse and that worked out. We have one four-part series completed and we are currently working on the next series of four issues. We’re having a ball. Steven’s scripts are just off the hook fun. And don’t be surprised to see this character appear beyond the printed page.

EC: Thanks so much for your time, Paul.