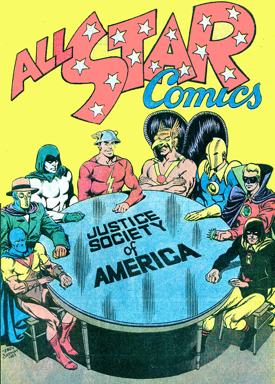 Recently Paramount and Hasbro announced that they’d be creating a “shared cinematic universe” for several of their toy properties, including G.I. Joe, Micronauts, M.A.S.K., ROM and Visionaries. On one hand this is a reaction to the disappointing G.I. Joe movie franchise, but on the other hand it’s another example of the business world learning lessons from Geek Culture. Call it a shared universe, team-up or a crossover – passionate superfans know and understand the power of this narrative tool.

In the early days of comics, two separate (but related) comic companies, All-American Comics and National Comics joined forces in a sort of Nerd-Glasnost to combine several of their second tier characters into one big adventure. The publication All-Star Comics showcased a club of super-heroes called the Justice Society of America. The concept took hold and captured the imaginations of fans with a tenacity that resonates to this day. 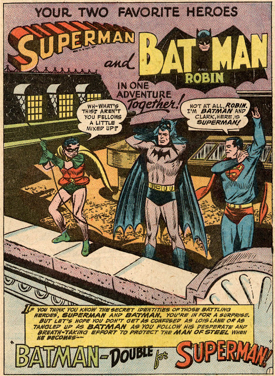 And a few years later National Comics, when faced with wartime paper allocations, decided that the anthology series World’s Finest Comics would combine the two of the strips in each issue. So for a while Batman and the Superman each had their own individual stories in this comic, but then they were combined into a single team-up story. This way, both heroes could adventure together in fewer pages.

The implication was clear: all these wonderful characters exist together in the same world. At first, they would seldom cross paths with one another. But then the Marvel Universe ushered in a new wave of team-ups and face-offs. In that mythology, heroes like Spider-Man, the Fantastic Four and Thor were practically tripping over one another as they worked (primarily) in New York City to fight the latest threats to civilization as we know it.

Of course, there is historical precedent. The mythology we now routinely consider as the definitive King Arthur and the Knights of the Round Table story is actually a patchwork quilt of various stories, legends and heroes. Like the Justice Society of America, they were incorporated into one grand narrative. 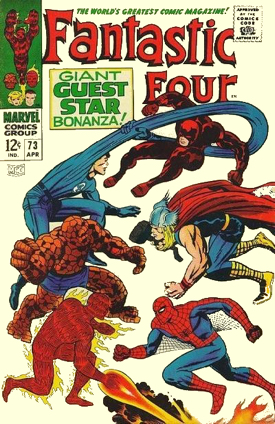 Likewise, Sir Walter Scott’s Ivanhoe is notable for co-opting the Robin Hood legends. Robin of Locksley is a supporting character in this medieval “Knights in Shining Armor” saga. But like Fonzie in Happy Days, he would outshine and outlast the primary cast to become one of the most enduring characters of all time.

The crossover mania continues. As recently as this fall, Fox crossed over characters from two dramas on the same night – Sleepy Hollow and Bones. The DC Universe is quite facile with their interlocking TV mythology, as the Flash, Green Arrow, Legends of Tomorrow and even Constantine seem to be comfortable dropping in for occasional visits. 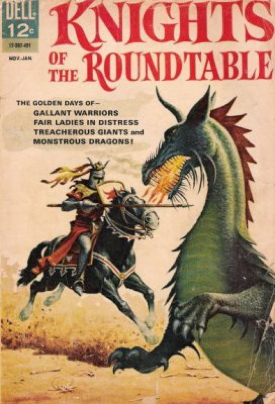 And in February, the Superbowl continues this tradition spotlighting a meeting of what used to be the best teams from the American Football League and the National Football League. Then they essentially merged into their own shared universe.

Finally, Hollywood is getting it. The overwhelming success of the interlocking adventures in the Marvel Cinematic Universe (The Avengers, Iron Man, etc.) led the way. It is augmented by ABC and Netflix TV properties like Agent Carter, Agents of S.H.I.E.L.D., Daredevil and Jessica Jones. We’ll see a DC (movie) Universe that fits together with Batman V. Superman, a giant monster unified mythology with Godzilla vs. King Kong, all sorts of Star Wars movies telling tales from long long ago and far, far away and even a new Universal monster-verse.

Do viewers find it complicated or burdensome? Maybe some do. But so many hard-core and casual fans seem to prefer thoughtful world building. And when the Hollywood folks driving the narratives can remember two important core mandates – tell good stories and treat the audience with respect – it all works beautifully.