John Ostrander: Not Your Father’s Superman 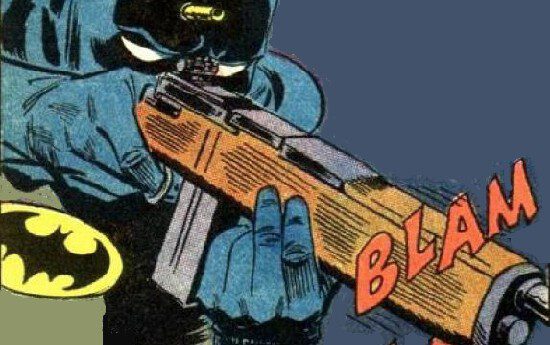 My friend Paul Guinan put an interesting post up on his Facebook page yesterday. It sparked an equally interesting discussion, and, evidently, you can have discussions on Facebook that are not all salvos of rants.

Paul wrote: “I grew up with Superman being a character of pure good. Every once in a while something like Red Kryptonite would cause him to do some bad things – nothing too bad – and he would be forgiven and once again beloved. He wasn’t a morose, frowning, reluctant hero, he enjoyed his life and mission. 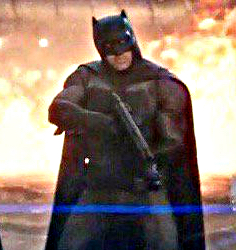 “Batman was a victim of gun violence. Bob Kane flirted with the idea of Batman carrying twin pistols for a very brief moment (a holdover from Batman’s inspiration, The Shadow), but seminal writers like Bill Finger solidified the code of Batman not carrying firearms. It made great thematic sense. Batman would sock a villain on the jaw, or throw his Batarang at a them – not beat them to a pulp and wind up with bloodied gloves. Batman is a scientist, detective, and martial arts expert. Such training develops character that’s in contradiction to being a rageaholic.

“Wonder Woman is the Princess of Peace, an ambassador for justice. Yes, she’s descended from Amazon warriors – but who had come to live a life of peace and tranquility on a secluded island. The Wonder Woman I grew up with wouldn’t carry a sword or shield, as that would be a sign of using men’s instruments of war to resolve conflicts. Her weapon? A Lasso of Truth! The villain would be socked on the jaw, tied up with the magic lasso, and be calmed.

“If the evolution over generations of an iconic character reflects society, then such indicators reveal we are becoming way too cynical and mean. Shouldn’t that be an opportunity to provide role models who inspire us to be greater, rather than reinforce our negative natures?

“I write this after seeing the second trailer for Batman v Superman, in which the DC trio is constantly angry –  even Clark Kent! The trailer climaxes in a shot of the DC trio. Superman is wearing a suit more dark and sinister than the outfit worn by “evil” Christopher Reeve in Superman III. Wonder Woman is dressed in a dark monochrome knockoff of the outfit worn by Xena, brandishing a sword. Batman looks as he should be is carrying a rifle. WTF? Sigh.”

I’m a founding member of the dark “grim ‘n’ gritty” hero (or anti-hero) club. GrimJack, Amanda Waller, my remaking of some established heroes – if I can find some tarnish to put on a hero’s armor, I’m known to apply it. However, I’m also not without sympathy for Paul’s point of view. The notion appears to be that if it’s darker, the story is more “realistic,” it’s more relatable to the reader/audience. That notion pervades not only comics but the movie and television adaptations of them.

And yet, what is my favorite superhero adaptation right now on TV? It’s not Gotham, it’s not Arrow – it’s The Flash. The main reason is that Barry Allen is presented as a hero, that he wants to be a hero, and that people respond to him as a hero. The show doesn‘t pretend it’s easy but that it is worthwhile. The show also really honors its roots and is often very funny. It’s well written and acted. It’s also very much in the tradition of the character as published by DC for the past few decades.

One of the issues raised is that many of the movies (Man of Steel was cited and, potentially, Suicide Squad might be another) are not meant to be for all ages. The attitude of some appears to be that superhero movies should be, at best, all ages or even kid centric, that superheroes are essentially a child’s fantasy, but this flies in the face of what movies are about commercially: studios want to put as many butts in the seats and eyes on the screens that they can. The movies that have been made so far have reaped tons of money and that tells the studios this is what the audiences want. If a little of this is good, more is better. Don’t fool yourself; plenty of kids went to see them as well and bought lots of the paraphernalia connected with it (and that’s where the real money is made).

Kids are not all that sheltered, either. Take a look at some of the video games that are popular. Kids know more than when I was a kid; take a look at the world around us. ISIL, climate change, the very real possibility the seas are dying (and with it all of life) – when I was growing up, we only had the specter of World War III to cope with. If movies are darker it’s because the world that the kids must cope with is also getting darker.

However, it’s not simply the dark and the grim that makes money. Guardians Of The Galaxy and Ant-Man were very successful at the box office and they were for a more general audience. They were brighter and more fun and more hopeful. Meaning what? That, as usual, it’s not all one thing or the other.

I believe that all characters and concepts cannot stay stuck in one time or era. To remain viable, they must be re-interpreted for the time in which they are in. They have to be part of the world that the reader/audience inhabits. That world, our world, has grown darker in the past few decades. The comics and the movies did not cause that; they reflect it.

That said, there also has to be hope. There desperately needs to be hope today. That also should be reflected in our movies and our superheroes.

If that sounds like I’m conflicted, I am. I see both sides’ views and sympathize with all of them. I’m looking forward to the Suicide Squad movie; the trailer suggests to me that they got what I was doing and it will be part of the movie. That said, I’d also like Superman to be a bit brighter than they seem to be making him, to represent the best in us. That was my Superman.

Oh, and he should wear red trunks. Definitely they should bring back the red trunks.