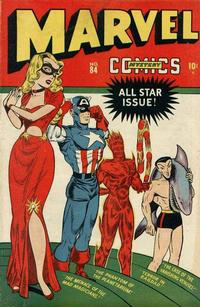 In addition to being really into comics, I’m also really into history. I like to know where things came from and how they were made. This fact about myself has resulted in my reading of quite a few comics from the Golden and Silver Ages. Nearly all were reprints, but comics of those ages none the less. Although some of the comics then may not offer us the kinds of lessons in diversity and inclusion I’m normally advocating for, they actually do give us a valuable lesson in diversity that is lacking in mainstream comics today.

The norm for decades in comics was an anthology format. Marvel Mystery, Adventure, Action, Detective, Showcase, Journey Into Mystery, Police, Crime Does Not Pay, Eerie, Creepy, My Greatest Adventure, all of these and more would offer us up multiple stories featuring different characters in each. The first issue of Marvel Comics featured the Human Torch, the Angel (not that Angel), Sub-Mariner (yes, that Sub-Mariner), Masked Raider, a short story titled “Burning Rubber” and Ka-Zar. Yes, it wasn’t the standard 20-22 pages we see in most comics, it was 64 pages. The point being that you could have a single issue with many characters and stories. One title being the feature, with the highest page count, and the other stories being back ups. 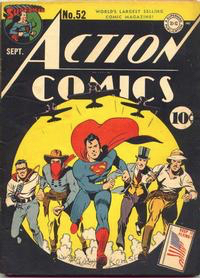 As the years went by, anthology style comics at the big two were either getting canned, or morphing into books about one hero or team. My Greatest Adventure turned into Doom Patrol, Action into another Superman comic, Detective another Batman comic, Journey Into Mystery a Thor comic, and so forth. DC in particular tried to carry on with that tradition longer, having books like Legion of Superheroes have a feature story with a large portion of the team followed by a shorter back up with only one or two members to help us all get to know them better. Eventually, these efforts more or less faded away. Occasionally, like in Action Comics, Detective Comics or Justice League they’d have some sort of back up, but it was just furthering the feature story and not really it’s own thing. 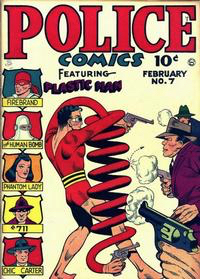 DC did try bringing back more anthologies with Adventures of Superman, Legends of the Dark Knight, Sensation Comics featuring Wonder Woman, but all of those only featured the character in the title. Though those weren’t a bad idea, I do think it misses a key point of the older anthologies; to help introduce new characters to a market that might otherwise not pick up a book featuring one of those characters.

Both Marvel and DC have hundreds of characters at their disposal. The market only allows a certain amount of comics hitting the shelves at once while still being able to sell X amount of them all. Maybe instead of testing out different solo titles, they could try more anthology style comics.

Wouldn’t it be great is characters like Batman got more people reading Batwing and Batwoman because they were in the same book? What if you alternated who had the feature story, so maybe Batwoman would be the feature for a few months, but that Batman story in there helped keep enough readers on the title who otherwise wouldn’t be and kept the title afloat? What if we used a format like that to expose readers who otherwise wouldn’t go out of their way to read a comic with racial or religious minority characters, or LGBTQ characters in it?

DC editors recently decided they needed to stop “batgirling” and get back to “meat and potatoes.” That kind of talk usually ends up meaning going back to a less diverse time in comics. I get worried when I see Marvel or DC seemingly spread themselves too thin in certain areas. For example, as I mentioned last week, DC now has Harley Quinn, Catwoman, and Poison Ivy, three white bisexual women as leads in their own solo titles. That won’t last forever. Maybe when that starts to change, a Gotham City Sirens book featuring all of them would be easier to maintain.

I think if comics are going to be serious about diversity, they have to do more than just cater to the readers of the different communities. Preaching to the choir is one thing, and it is important, but it’s not everything. We need to get more people outside of those communities to be exposed to them, and understand them better. It’s an important and necessary component in making comics a more diverse place and assuring that it won’t just end up being a fad.

Besides, this feeds into nostalgia, and what comic book reader in their right mind doesn’t love that?