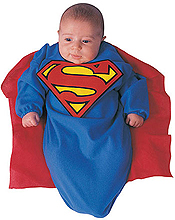 Looking back at the past week’s columns here on ComicMix, I’ve noticed a lot of folks are kind of upset about DC’s New 52. Perhaps upset isn’t the right word. Perhaps “untrusting” is more appropriate.

This has been mirrored in the various conversations I’ve had with folks in the past week – fans, pros, casual readers, advertising executives, media moguls, relatives, and the rest of the usual folks who clutter my life and cut into my valued reading time. Nobody seemed very happy about The New 52; some thought it insane. Most were checking it out, and simple curiosity will inflate sales figures for a while. Then these books will live or die on their strengths and weaknesses, as it should be, and in DC’s ability to maintain a publicity campaign that isn’t catering strictly to the established Comic Book Donut Shop.

I can’t say I’ve read all of the first week’s output, nor am I likely to. I’m not overwhelmed by the concept – been there, done that, right down to the “52” bit. But some of the stuff I’ve read was pretty good, and I thought I should peep up about it.

Heading that list is Action Comics volume 2 number 1. I picked this one up because I’m a huge fan of artist Rags Morales; I’ve been such since he first walked into DC’s offices and I’m very glad to have had the opportunity to work with him a few times. His Superman did not disappoint, not in the least. It has an energy and a determination that lends itself well to this incarnation.

Writer Grant Morrison, on the other hand, has had a mixed career at DC. I loved – and I mean “stop reading this and go buy it” loved – Zenith, his series for 2000AD. Some of his DC work has been really good, some not so much, and a little bit of it incomprehensible. But he’s always worth the effort.

Dismissing the parts of The New 52 that are little more than stupid marketing tricks – relaunches are never as good as simply doing it better – Grant and Rags used an interesting starting point for the new adventures of the ol’ Man of Steel. They used as their starting point the original mid-1930s Superman. They placed that character into our contemporary environment, and presumably are going on from there. This is not the new, angry, ballsy, tits to the wind Superman. This is the original angry, ballsy, tits to the wind Superman. And I think it’s good stuff.

I say “I think” because this issue of Action Comics is exactly like the other New 52 issues I’ve read in that it is a very quick read, light on story and burdened with all the problems of introducing a new series. I would have appreciated at least twice as much “story” in this story, although it has more than Justice League #1, which would give your average single day’s newspaper comic strip a run for its money.

This rather significant element aside, what we got wasn’t as much of a reboot as a restoration. This is a good thing.

I promised myself I wouldn’t comment on the more contemporary atrocity that is one of the new Superman costumes, but clearly I lied to me. Yeah, dumping the external red shorts is okay; they were stupid. A nod to their design source, the circus strongman. But by wearing blue jeans and a swell contemporary belt and a short sleeved shirt, the new stuff makes Superman’s cape look ridiculous.  It looks like a bib worn backwards. But Superman without his cape is like the American flag without the stars, and no matter how silly capes look and how they destroy verisimilitude Superman’s cape is part of the deal. Maybe they can fuss with it a bit.

Superman is the crux of the DC Universe, and DC has to make him work for the 21st Century in order to make The New 52 work. This first issue came maybe two-thirds of the way there.