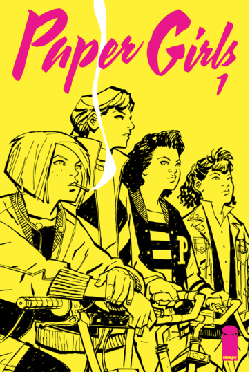 My knee is feeling much better. Thanks for asking.

More than a year ago, I shared my resolution to sample more new books. How’s that working out?

Well, I mean, if trying a new series by two talents who have proven themselves over and over again can be called “new” stuff. Brian K. Vaughan and Cliff Chiang are at the top of their game in Paper Girls. The story of a group of four girls who deliver the morning newspaper in suburban Ohio, these two men manage to capture a lot of what it feels like to be pre-pubescent and female.

Of course, it’s much much more than that, with dreams and fights and scary creepy guys wrapped in mysterious robes. The creative team has a lot to play with, even if they limit themselves to the toys in the first issue. 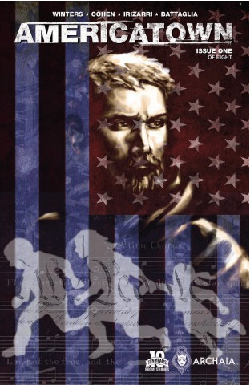 (In an odd bit of synchronicity, the New York Times had an article this past Sunday about the disappearance of the word “tomboy”. I’m not sure if the main characters in Paper Girls are tomboys or not. The series is set in the 1980s, so they wouldn’t refute the Times’ thesis, which is too bad, because it is the kind of petty inconsequential fluff that the paper likes to equate with feminism.)

I also bought the third issue of Americatown, by Bradford Winters, Larry Cohen and Daniel Irizarri. When I bought the first issue, I was really proud of myself because I’d never heard of any of those guys. It turns out that Winters and Cohen have careers in television and movies, and are probably much more well known to the general public than the comic book talent I follow. I mean, Winters created The Americans, which I’m sure has more viewers than any comic book out there. 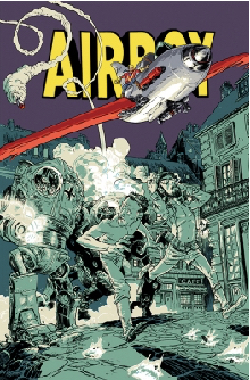 The premise is what intrigued me. In the near-future, the United States is no longer the economic and political utopia we present ourselves to be today. Large numbers of American citizens emigrate to other countries in an attempt to find a better life. The series looks at a group of people who sneak into Buenos Aires, and their attempts to avoid the law, find work, and take care of their families.

There’s a lot of entertaining detail here. The “Americatown” of the title makes me reconsider the stereotypes and downright racism I bring to a visit to Chinatown or Little Italy. And speaking of racism, I found it much easier to identify with the plight of the undocumented immigrants in this story because they look a bit like me and they speak English. Maybe this reflects poorly on me, but it shows the good stuff that can happen if more people read this series.

Have I picked up any duds lately? Yeah, probably. I didn’t like Public Relations at all, thanks to creepy sexism and jokes that weren’t funny enough. If you’re reading it and you like it, perhaps you can tell me what I’m missing. Please continue to enjoy anything that makes you happy.

Now, if only issue four of Airboy would come out ….