Dennis O’Neil: Keeping Up With The Avengers 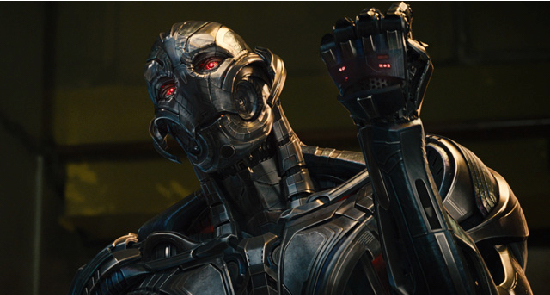 Saturday night and the old folks are not in Manhattan attending the convention. For many con goers, Saturday night is par-tay time, as it was for me in days of yore. But not now. If we were there we wouldn’t be partying and anyway, we weren’t there, so why the blather?

So: ordinary Saturday night. Does that mean it has to be boring? Wellll… Hey! I know, Let’s watch a movie on teevee – and don’t let me hear anyone say that senior citizens don’t know how to rip it loose! But which movie (and must life be one dilemma after another)? Hey, I know! Let’s pay homage to the fact that we’re not at the convention by watching… a superhero movie! Makes perfect sense, doesn’t it?

But – darn these dilemmas – which superhero movie? We missed a number of films we might have been expected to see – pretty arid summer, cinema-wise – and so, with a bit of channel scouring, we should be able to find a satisfactory non-convention-attending entertainment.

And lo and behold, there it is, available at the on-demand channel, for less than half the price of one theater ticket; a movie we actually wanted to see but for some reason didn’t – The Avengers: Age of Ultron. Life is good.

Let’s put it this way:

Open on a protracted and noisy fight and then more of the same. Structurally, the film reminded me of the old kiddie matinees shown at neighborhood theaters, in which one plot/story was stretched over months by dividing it into chapters, each ending on a suspense hook to pull you back for the next installment. Here’s how it parsed: Protagonist encounters adversary in battles that end indecisively until one doesn’t and the good guy wins. If he’s a cowboy, maybe he rides off into the sunset.

As noted, the opening scene in Ultron is loud and busy. In this it echoes one of the not-quite-rules that my merry men and I observed when we were Batman’s bosses: open on action. But a comic book is not a movie and anyhow, our debut action didn’t eat up much print space. Oh, and it was quiet. Little mousey quiet. Quiet as ink on a page.

One of my worries – okay, a small worry – is that film folk believe that audiences have come to expect – demand? – large portions of pyrotechnics and noise and in providing it they neglect others storytelling techniques. (Already, unless I’m missing something, they don’t seem much concerned with rising action.)

But maybe I shouldn’t expect expert storytelling. Maybe these entertainments are really about spectacle, closer to the offerings of P.T. Barnum than those of William Shakespeare. And in that case… next time you’re seeing a superhero flick, be sure to pop for a 3-D screening. When it comes to spectacle…hey, can it ever be too splashy?