Mike Gold: Scott Allie and the Temple of Doom 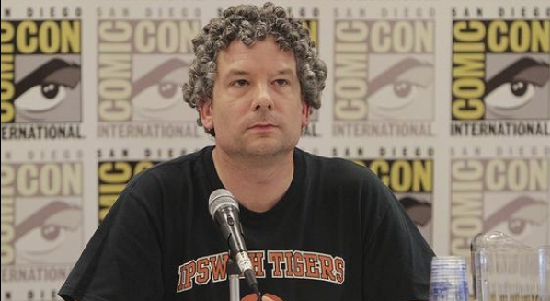 This may come as a surprise to some of you who know me, but I honestly believe that people can redeem themselves. I believe in second chances, and I try to reserve my interpersonal cynicism for, oh, say, Republican presidential candidates. More important, I also believe that every man, woman and child on the planet engages in great acts of assholedom from time to time. Ain’t nobody walking on water, and all our houses have their glass wings.

I also understand why most people who have been subjected to great acts of assholedom might not feel so charitable at that time. We’re hurt, angry and abused and we feel in our guts that we’re entitled to some relief – even if such relief is merely howling with the wolves. Such is human nature. Dogs and cats generally handle it better, and we’d all do well to remember that.

You may be familiar with the incident involving Dark Horse executive editor Scott Allie. Full disclosure: whereas it’s been a while since I’ve seen him, I’ve always liked Scott and I admire his work. As far as I’m concerned, he’s an okay guy.

But, then again… I do not drink alcohol and therefore I do not hang out at convention bars. I used to debate politics and the Cubs at various Chicago taverns back in the day, but all of those joints have been consumed by ferns. Now that I’m a bona fide alter cocker, I tend to slither around back alleys with a joint and a friend. But I do know that bars are great places to get drunk, and some people who drink too much in these environs tend to temporarily join the aforementioned forces of assholedom.

According to published reports, Scott groped writer Joe Harris at a San Diego party, and Joe, understandably, took umbrage. That seems like an appropriate response. Joe didn’t take out a gun and blow Scott’s hands off. Graphic Policy’s Janelle Asselin wrote a piece discussing Scott’s behavior, detailing how this was not a one-off event and this behavior has been common knowledge in Dark Horse circles for a long time. Okay, we’re still cool: this is what happens when you act like an asshole in public.

Scott said in a statement to CBR “I’m deeply sorry about my behavior at San Diego Comic Con 2015 and I apologize to everyone I’ve hurt. I’m completely embarrassed by my actions and how my behavior reflects on Dark Horse Comics, my friends and family. My personal approach and decisions for managing stress were bad. Dark Horse and I have taken the matter very seriously and since this incident, we have taken steps to correct and to avoid any behavior like this in the future. Although apologies can’t undo what has happened, I’ve tried to apologize to everyone impacted by my behavior. To my family, friends, co-workers, and to the industry – please know that I am truly, truly sorry.” I’m not sure what more we can ask for here; the guy screwed up, probably a bunch of times, but he gets it and he’s trying to redeem himself.

Let’s see if that works, and let’s see if we need to come up with some sort of industry-wide program to help both those with such issues and those victimized by such behavior.

Until then, remember, you’re paying property taxes on a glass house.