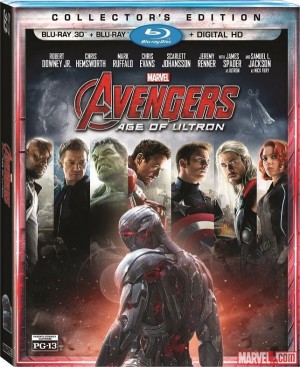 We’ve been asked to reconsider our enjoyment of Marvel’s Avengers: Age of Ultron in the wake of the corporate shuffling that sees Kevin Feige reign supreme. Scuttlebutt has it the film was a disappointment to Walt Disney but one has to wonder how a global box office take of $1.4 billion (as of this weekend) can be a disappointment.  Shot with a mammoth $250 million budget, the film needed to earn only about $800 million to be profitable (before licensing and ancillary revenue) so it has to be a financial success.

A critical success is something else. According to Rotten Tomatoes, it is 74% fresh although audiences liked it 86% of the time. Now yes, it is far lower than the 92% the first Avengers film did, but let’s face it, nothing like that had ever been tried on film and it worked beyond anyone’s expectations.

And the expectations were incredibly high this time around as we got Ultron, the deadliest and most powerful of the Avengers rogues plus the introduction of Quicksilver (Aaron Taylor-Johnson), Scarlet Witch (Elizabeth Olsen), and the Vision so we knew going in this was going to be more packed than before. That writer/director Joss Whedon managed to make it work so well at all is to be commended.

The film is out now on Digital HD and hits stores October 3 on in a Blu-ray combo pack from Walt Disney Home Entertainment. It stands up well to a second viewing. I was sent a Digital HD code and can say the crisp color and strong audio were excellent both on my laptop and on my television via Chromecast.

The film nicely bridges the events from the first film, with Loki’s powerful staff located and taken from a wounded but clearly not dead Hydra (the set up for which was aided by ABC’s Agents of S.H.I.E.L.D.). We open with the team arriving in time to get the staff from Baron Strucker (Thomas Kretschmann) but what do you do when you have absolute power at your fingertips? 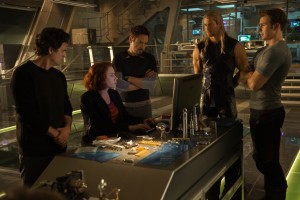 If you’re Tony Stark (Robert Downey Jr.), you use if for good, coaxing your egghead buddy Bruce Banner (Mark Ruffalo) into helping you use the power to create an android that would help them police the world. As the artificial intelligence is incubating, they briefly debate the ethics then go party with the team in one of the nicer ensemble moments. However, the A.I. , now called Ultron (James Spader), breaks into the Avengers’ swanky HQ and soundly beats them, propelling the story.

There’s a lot of meat to chew on between punches. While the fights be one too many or perhaps just each one is too long, the themes of power and responsibility echo clearly. There’s a nice moment between Stark and Steve Rogers (Chris Evans) that also sets the stage for next May’s Captain America: Civil War.

This is where the film gets rubbery and weak. We’ve closing out Phase Two and setting up Phase Three of the Marvel Cinematic Universe, and we’re expanding the cast of players rather quickly. As a result, what we loved about the first film is less prevalent here. Time has to be given to the introduction of the powerful siblings, the creation of the Vision (Paul Bettany), Ultron’s plans, and a set up for the eventual Black Panther film with a needless plotline involving Ulysses Klaw (Andy Serkis). 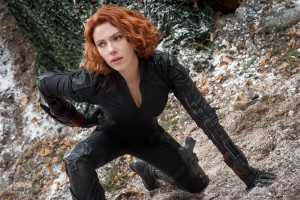 What is more welcome, though, is the middle section as the fractured team retreats from Ultron to a private home, where we learn that Clint Barton (Jeremy Renner) is happily married to Susan (Linda Cardellini), raising two kids between assignments. The reminder of what they’re fighting for is nice and it does give us some of the film’s strongest character moments (a little more of the contrast between heroes and mere mortals would have been welcome) from the Stark-Rogers confrontation to the budding romance between Natasha Romanov (Scarlett Johansson) and Banner.

But then we’re globetrotting, all to prevent Ultron from lifting up a small European country and using it to destroy the world, fulfilling its programming in an unanticipated manner. There’s some wonderful action moments in the second half, some good stunts, some lovely CGI, but after a time, it becomes just so much noise so you just want it over. When Mjolnir helps bring the fight to an end, we’re very thankful.

In true Avengers style, now that the premier heroes have had their films and been in two Avengers features of their own, the spotlight is being shifted to the newcomers: Falcon (Anthony Mackie), War Machine (Don Cheadle),  Scarlet Witch, and Vision. It is true to the comic series and does stir things up, especially to see how they function together next year before they presumably take center stage in the two-part Avengers: Infinity War later this decade. 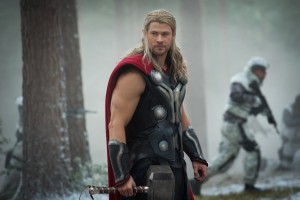 The Blu-ray and Digital HD will come with a limited assortment of features, but enough to keep you interested. There’s a brief review of the four already-seen Infinity stones in The Infinite Six (7:31) and you can sightsee during the briefer travelogue Global Adventure (3:00). More satisfying is From The Inside Out – Making Of Avengers: Age Of Ultron (20:53) which shows you just how the CGI for Ultron and Hulk worked and you will be even more impressed with the performances from Spader and Ruffalo. The Gag Reel (3:36) is the usual assortment of pratfalls and blown lines but far more interesting are the Deleted Scenes. You get a much better sense of the stakes in The Norn Cave (3:44) and Bruce and Natasha Talk (4:21). Interesting but less vital are Watch Your Six (2:49) and The Man in the Church (1:11).

Those purchasing the Digital HD through Disney Anywhere will also receive the exclusive Connecting The Universe (4:53) which is incomplete but nicely connects the dots of the cosmic doings, setting up the next two Avengers films, closing out Phase 3.