John Ostrander is Late To The Party 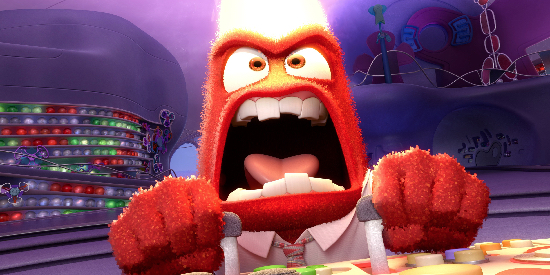 I’m not the most punctual person. Sometimes I am late to the party. Well, okay – I’m usually late to the party. Maybe showing up just as the party is ending. These columns, for example, usually get in just under the wire thus making my revered editor tear out what little hair he has left. I think of it as part of a game we play. I don’t think he likes the game that much.

I sometimes lose this game of temporal brinkmanship. Recently I missed a scheduled flight (for the first time in decades). I think I arrived at my brother-in-law Fred’s 75th birthday in time for his 76th birthday. I also have missed seeing at the theater some of the movies I really do want to see. Or getting in to see them just under the wire.

I recently had a chance to see Pixar’s latest offering, Inside Out, just before it left the theater. And I barely made it to that. So anything I may have to say about it may be moot. If you intended to see it, you probably already have and, if you don’t intend to see it, you won’t care. Maybe, however, you’re one of these people who wait until movies come out on disc or to Netflix or whatever so you can see it on your Apple Watch or whatever.

I do not approve of this practice; yes, I also buy discs but it is usually for movies I have experienced in the theater first which I regard as the proper way to see the film. Seeing a photograph of a famous painting is all right but it is not the same as seeing the painting itself. It’s better than not seeing it at all but it’s not the same experience. Hmmm… I’ve drifted a bit off-topic.

I’ve been a fan of Pixar for a long time and have seen almost all their films in the theater first. I initially passed on Cars because I’m not a fan of stock car racing. My mistake. I now have the disc which I watch frequently. I did, however, pass on Cars 2 and that, from what I’ve read, may have been the right choice.

Inside Out focuses on an eleven year old girl, Riley, who moves with her Mom and Dad from Minnesota to San Francisco. The gimmick is that we see Riley’s life and her responses from inside her head which are controlled by five essential emotions – Joy, Anger, Fear, Disgust, and Sadness. Riley’s interior life is brilliantly imagined and realized visually. There are surprises at every turn and a deeply involving story. The movie is wonderfully cast (whoever thought to cast Lewis Black as Anger deserves a raise) and terrifically acted, full of genuine emotion. It also feels psychologically true to this layman. Inside Out has better characters, dialogue, and deeper insights into the human psyche than many so-called  “straight” live dramas.

This is what Pixar so often does. You think you’re going to see an animated film – a cartoon – and they give you so much more than you anticipated. Pixar’s films should have a shot at the Best Picture Oscar and not just for Animated Feature. I think they’re that good.

So, if you’re one of those who wait to watch movies at home, add Inside Out to your playlist and kick it towards the top. If it is still playing in a theater near you, run out and see it while you have the chance.

Don’t be late to the party.