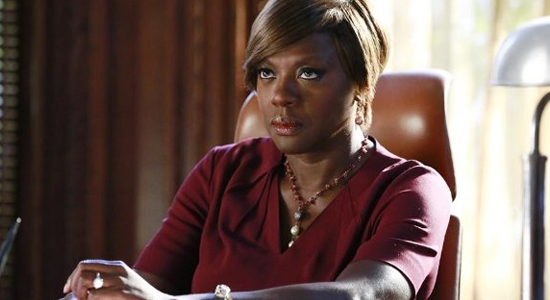 Okay, I saw the Suicide Squad trailer that was “leaked” from SDCC and then the HD version a day or so later. I loved what I saw – particularly Amanda Waller. Viola Davis has the look, the sound, and most important, the attitude. Much of what she says at the start of the trailer sounds like it was taken from my proposal or one of my scripts. Yeah, I’m very happy.

As for the rest of the Squad, I can’t really say yet but if the whole thing mirrors their use of Waller, I think we’re going to get as close to the comic version of the Squad as a movie can get.

Mind you, I’m anticipating there will be changes. Comics and movies are different media with different needs and demands and so they will interpret the material differently. My main question for the Squad and any other comic book movie is will they get the essentials right?

When I say “essentials,” what do I mean? It’s not necessarily the costume or even the powers. It’s what defines them, what makes them different from other characters. When Tom Mandrake and I took on DC’s Martian Manhunter, we had to determine what made him different from Superman. They shared many of the same powers; in fact J’onn J’onnz had a few that Kal-El was missing. What was the essential difference? Tom and I determined it was that Kal-El came to earth as a baby and was raised in Kansas; he was raised human. J’onn was raised among his own kind on Mars and came to Earth as an adult. He is an alien from an alien culture. That was a fundamental difference in the two characters; something that was essential.

Stan Lee was recently asked about whether or not Peter Parker could be gay or if some minority could become Spider-Man. “There’s no reason not to,” he replied. “The only thing I don’t like doing is changing the characters we already have. For example, I’d like Spider-Man to stay as he is, but I have no problem creating a superhero who’s homosexual.” That, I think, is a reasonable answer. When Static was created, Milestone had their own Peter Parker who was not at all Peter Parker. Just as good but different, yet in the same mold.

What about the Green Lantern Corps? How are they unique? Everyone has the same ring, roughly the same uniform, and all take orders from the same little blue men. Again, it’s not the weapon or the uniform that makes someone unique. It is essentially who they are. It’s like a good war movie; they are all soldiers but each member of the squad is different. That’s their essence.

I’m not saying never create new versions of old characters. I’ve done it. But the characters were moribund or dead. When Tom and I created a new version of Mister Terrific, we kept very close to the origin of he first Mister Terrific. We were true to the myth.

As Tom and I work on Kros: Hallowed Ground, we’re dealing with vampires and what we are exploring is what is essential to a good vampire story. Our basic take – they’re monsters. Not misunderstood gothic romantic figures or a different species just trying to co-exist on the planet. They’re monsters. So also might be our protagonist – Kros.

Sometimes you have to strip away the barnacles and crap that’s built up and get back to the essence of a character or a concept. That’s my approach when I’m given a character to write – what is their essence, why do we want to read about this character as opposed to another?