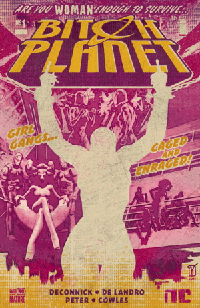 I always thought that more you know about something, the better you are at evaluating it. For example, movie critics who understand films, filmmaking and film-history evaluate movies more effectively than the rest of us. But this isn’t always true. Whenever experts evaluate something, they are blind to that thrill of experiencing it without baggage. So often they can’t, by their very nature, genuinely relate to the experience of someone who’s less knowledgeable about it all. In the advertising and marketing business, professionals often try to put their own experiences aside and listen to what “real” people say. And that’s exactly what I tried to do for this mad little experiment.

As you may know, I’m a comic geek with entirely too much knowledge about comics and the industry. My new neighbor is just the opposite. He’s a Millennial with a wonderful wife and two young kids. In fact, every time I see him and his family it’s kind of like looking into a window of my own past. But this guy doesn’t have that life-long fanaticism of comics. He read a few comics as a kid, and now, sparked by the Arrow TV show and the Marvel movies, has wandered back into reading comics. He’s usually a digital reader. He finds that works best for his commute into the city and for late nights with his baby daughter, when the lights are off to encourage her trips into slumberland.

Lately I’ve been passing along some of the very best comics to him. Sometimes it’s new stuff that I think is outstanding (FadeOut, WinterWorld) and other times its older comics that he’s asked about (“Who is this guy, named Deadshot / Hawkeye / Mark Waid?”). And as part of the population who is used to binge watching TV shows and bundling episodes on the DVR, he usually prefers that I collect several issues in a row so he can read them all at once, trade-paperback style.

But this time I thought I’d try something a little different. Lately I’ve been so impressed by all the great new comics debuting. I’ve also been curious as to how someone with fresh eyes would evaluate and engage with these new comics. Even before I read the new Image comic Red One, I’m the type who runs through an elaborate mental checklist of all the stories I’ve read from the talented artists of this series – what I liked, what I didn’t like and what I expect in this new series. I wondered what the reaction would be of someone encountering the creators, characters and situations for the first time? So here’s what I did: I gave my neighbor, let’s call him Fan X for this experiment, a stack of recent debut issues. My only instruction was “tell me what you like and why.” His reactions were insightful, interesting and in many cases surprising. Here’s what he said:

This was a big winner for Fan X. He explained how he loves spy thrillers, and that’s typically the genre of prose fiction he enjoys the most. He liked the bright red cover with the attractive girl, but the series wasn’t anything like he expected. He did say he wished that it wasn’t’ a period piece at first, but then found himself enjoying the backward glance at that 70’s elements like the Walkman.

Ah-hah Moment: He also explained how he’s really enjoying another female-protagonist spy series, Velvet, by Brubaker and Epting. In fact, that’s the series that has spurred to him on to reading the floppy issues – he just can’t wait until it’s collected as a trade paperback anymore.

Fan X was drawn to the art and the simplified color scheme, but wasn’t a big fan of the time travel elements or the two interlocking storylines. He explained he’s not a fan of those types of stories and gets impatient waiting for parallel plotlines to converge.

Would he buy issue #2? Probably not.

Ah-hah Moment: Despite the guide in the inside front cover, he didn’t get that the color-coding denoted different times and places 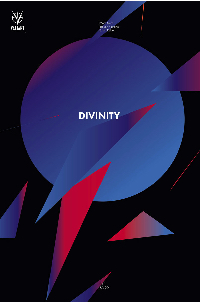 Like his complaints about Ei8ht, Fan X was not thrilled with the time travel aspects and two parallel storylines. He explained that he was muddling through this, mildly entertained, until page X, when it’s revealed that the straight-laced protagonist has a secret girlfriend. That’s when the story grabbed him in.

Would he buy issue #2? He most likely wouldn’t follow this one.

It took FanX a moment to remember Dream Thief, but when he did he said, “This one I liked.” He liked the rough lead characters and enjoyed Smallwood’s art, although his interviewer (ahem) may have prompted that observation.

Ah-hah Moment: The fact that it was a four-issue mini-series, i.e. short with an end in sight, was something he liked.

(While this isn’t technically a #1, it’s a first issue as the previous issue were part of a crossover).

Fan X likes female spies and thus was pre-disposed to like Spider-Woman. He enjoyed the fact that she used energy blasts, but most enjoyed the non-superhero moments.

Ah-hah Moment: Surprisingly, he didn’t enjoy the simplified art of Rodriguez. He much prefers his superheroes comics to look more “superhero-y”.

Here the switching up of timelines didn’t bother him at all. He liked Paolo’s art. He enjoyed Bloodshot, as a Punisher-type hero, and found the new character, Kay McHenry to be intriguing and relatable. He especially was drawn into the two-page spread where Kay speaks directly to the camera. (I did too!)

Would he buy issue #2? Probably, and he knows nothing of the Valiant Universe.

Ah-hah Moment: Again, he loved the heavy cover stock of the cover. And this is coming from a ‘digital guy’.

He didn’t think he’d like this one. The cover wasn’t appealing to him. In particular, Fan X was put off by the logo and the pink color scheme. But when he read it, he found that he was hooked. He thought the character layers were fascinating and thought provoking.

Would he buy issue #2? Definitely, he would.

Ah-hah Moment: He said he also likes the TV Women-in-prison drama, Orange is the New Black. 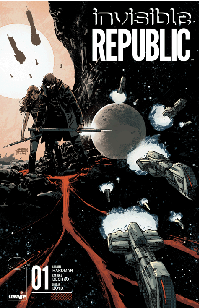 Fan X procrastinated about reading this as he assumed he wouldn’t like it. But in fact- he loved it. He enjoyed the sketchy, loose artwork of Gabriel Hardman, and in this case, he wasn’t bothered by the parallel plotlines. In fact, he was fascinated by the characters and the hints of what they would become.

Would he buy issue #2? He’s looking forward to it.

Ah-hah Moment: I found it fascinating how he expected to like this one the least, and it ended up being his #1 or #2 favorite.

So.. there you have it. His reactions were certainly different from mine. But they really got me thinking. I was especially surprised how Valliant’s cardstock covers appealed to him, especially as he’s ‘mostly’ a digital comics reader. I’m not sure what lessons we learn from this sampling of one reader other than one I’m always learning – people like the stuff they like for the reasons they like. Simple, but true. But now the question is – what do you think?