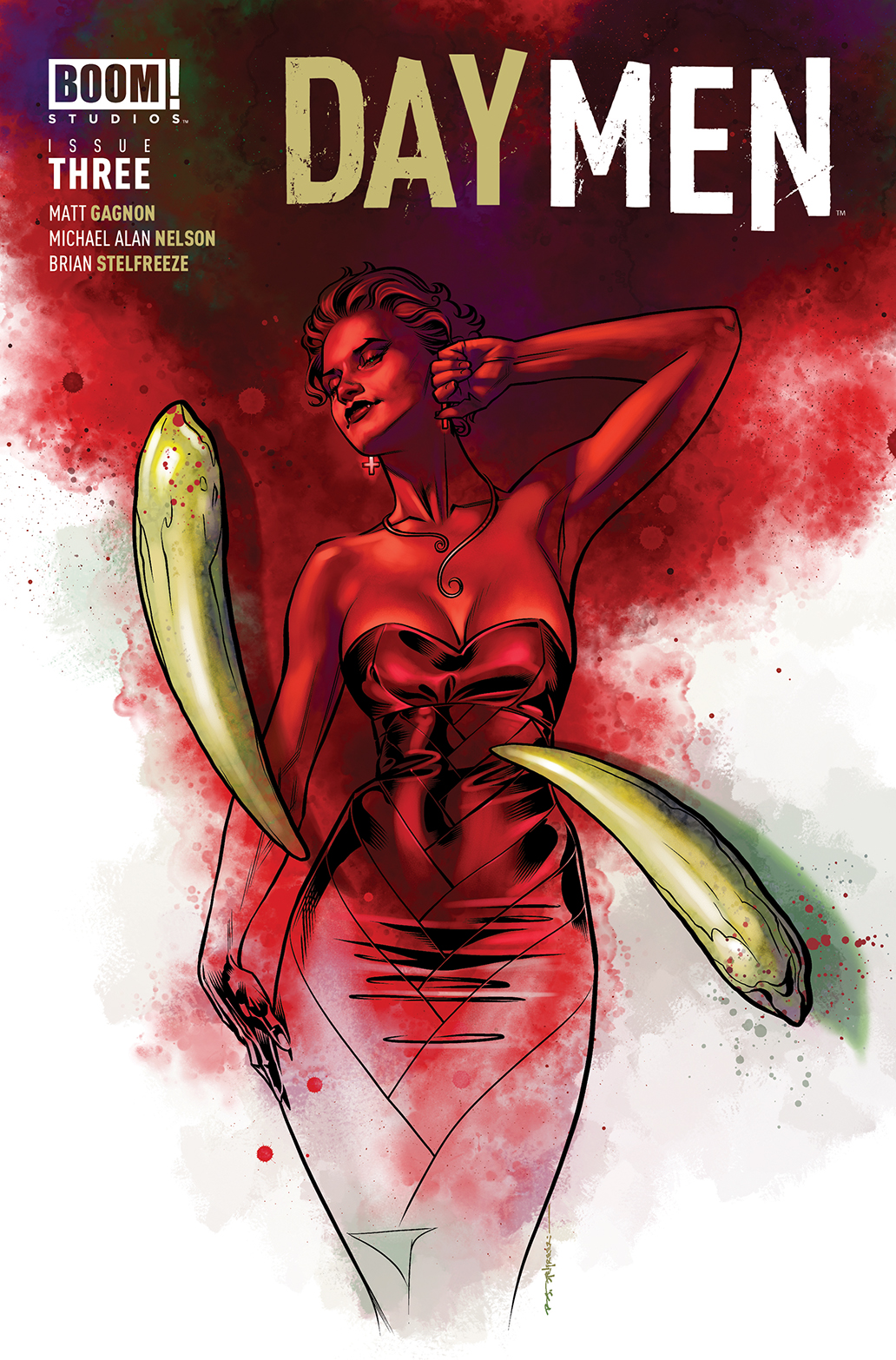 BOOM! Studios is pleased to announce a special retailer promotion tied to the March 5th release of DAY MEN #3, the breakout series by Matt Gagnon, Michael Alan Nelson, and Brian Stelfreeze about humans who act as protectors for vampires. The top 50 retailers who order DAY MEN #3 will receive one free signed copy each of the upcoming DAY MEN: PEN & INK #1, the first in a new, limited line of publications designed to spotlight some of the comic book industry’s best creators and their work on BOOM! titles. Retailers who qualify for this promotion will be the first individuals to get an advance look at BOOM!’s PEN & INK program.

DAY MEN: PEN & INK #1 will feature uncolored line work from issues #1 and #2 of DAY MEN by artist Stelfreeze (Wednesday Comics, Batman: Shadow of the Bat), along with annotations from he and writers Gagnon (FREELANCERS) and Nelson (Supergirl, PROTOCOL: ORPHANS) in an oversized 11” x 17”, saddle-stitched, prestige presentation. Retailers have until the end of the day on Monday, February 10th to finalize their orders for DAY MEN #3.

“In our ongoing campaign to thank our top retail partners who continue to support DAY MEN, we are happy to send them advance copies of DAY MEN: PEN & INK #1 to show our gratitude,” said BOOM! Studios Editor-in-Chief and DAY MEN creator Matt Gagnon. “We’re blown away by all the support we’ve seen from the retail community and our readers. It’s important to me to make sure that support goes both ways.”

In DAY MEN #3, war continues to rage throughout the vampire underground, as David Reid’s role as a Day Man for the Virgo family comes into question. And a game-changing secret is uncovered that could turn the tide of the war, but in whose favor? David will have to survive the day to find out.

DAY MEN #3 arrives in comic shops on March 5th with a cover price of $3.99 under Diamond order code JUL130927. Not sure where to find your nearest comic retailer? Use comicshoplocator.com or findacomicshop.com to find one! It’s also available for order directly from boom-studios.com.