Justice League: War to Debut at the Paley Center January 21 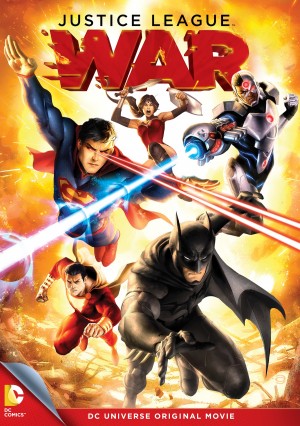 Warner Bros. Home Entertainment and The Paley Center for Media proudly present the World Premiere of Justice League: War, the next entry in the popular, ongoing series of DC Universe Animated Original PG-13 Movies, in New York on January 21, 2014. Filmmakers and members of the voice cast will attend the event for red carpet media interviews and a post-screening panel discussion.

When the powerful Darkseid and his massive, relentless forces invade Earth, a group of previously unaligned super heroes – misunderstood and, in some cases, hunted by the authorities – discover the only way to fend off the attack will be to work together as a cohesive unit. Batman, Superman, Wonder Woman, Green Lantern, Flash, Shazam and, in his origin story, Cyborg combine their respective talents in an all-out battle to save the planet. Based on the 2012 graphic novel, “Justice League: Origin,” by Geoff Johns & Jim Lee, Justice League: War provides a glance into the world before the Justice League was created, and offers the initial animated incarnation of DC Entertainment’s The New 52.

DreamWorks is hoping that your interest in things moving quickly is not limited to The Flash and The Fast and Furious films. Come March, they will be releasing The Need for Speed and unveiled the new one-sheet.