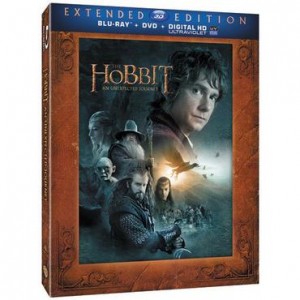 J.R.R. Tolkien wrote a children’s book about a creature called a Hobbit and people in England seemed to like it. His publisher asked for a sequel, expecting something within a year or two, and instead it took fare longer and he received something far bigger and darker. It was worth the wait because the saga is engrossing and enduring. Thankfully, a series of events meant it wasn’t until the last decade or so before Hollywood could serve the words with fidelity. Peter Jackson’s Lord of the Rings trilogy was groundbreaking in sweep and production, an investment that could have bankrupted New Line Cinema and instead brought it untold millions in profit.

The original tale, though, took a lot longer to come to the screen and Jackson found himself back behind the director’s chair, turning collaboration with Guillermo del Toro into an encore performance. Eyes were raised when we heard this slighter tale was being turned into two films and then fans grew worried when that morphed into a trilogy.

Last December, we cautiously filed into the theater to see The Hobbit: An Unexpected Journey, which appeared to be only 60% an adaptation of the novel with lots of filler. Jackson indicated all along he intended to bridge the two storylines, hence expanding to multiple films, but did it need the same sweep and grandeur as the Lord of the Rings? Probably not, but he made the creative choice to tonally link the two and as a chapter in a film series, it mostly works.

Now, mere weeks before the second installment, The Desolation of Smaug, arrives, we get to revisit chapter one, in a just-released Extended Edition from Warner Home Video. The 183-minute extended cut has more of the things you like or loathe about the films. Since diehard fans and casual audiences alike are divided between whether this version works or not, the debate continues with thirteen more minutes of evidence to work with. While the previous extended versions added plot, character and more of Howard Shore’s terrific score, this one just adds….more. 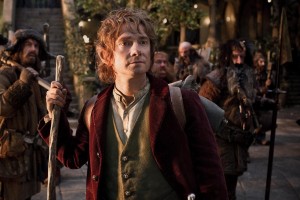 There’s no question Martin Freeman’s casting as Bilbo Baggins, the reluctant adventurer was excellent. Paired with Ian McKellan’s Gandalf the Gray, they work well together, keeping to closer to the novel. It’s the baker’s dozen of dwarves that hew closer to the Rings trilogy and are far less defined, understandable given the size of the cast. On the other hand, with three films to work with, more should have been done beyond Thorin Oakenshield (Richard Armitage).

Instead, cameos from other players are shoe-horned in so we revisit Elrond (Hugo Weaving), Galadriel (Cate Blanchett), Saruman the White (Christopher Lee). What is welcome is the framing sequence to put this into perspective for the masses, wisely bringing back Ian Holm as the elder Bilbo and Elijah Wood as his cousin Frodo.

For me, it was entertaining but somewhat disappointing because I was not transported in the same way I was when I first visited Middle Earth. I was entertained but it was milder than enthralling.

The film fortunately is fit onto a single disc so you can enjoy it in a single sitting. For those who can’t get enough background material, there are two other discs chockfull of features. These are sumptuous for those who indulge and its interesting listening to Jackson and co-writer Philippa Boyens’ audio commentary, as they discussed the creative choices, pulling material from the Appendices to flesh out the novel. 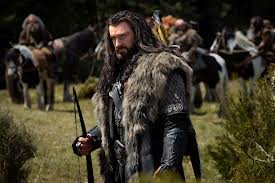 One unconnected featurette is New Zealand: Home to Middle-Earth (6:53) which is Jackson and company extolling the virtues of their homeland.

The bulk of the extras are The Appendices Part 7: A Long Expected Journey and The Appendices Part 8: Return to Middle-Earth. The previous parts can only be found on the standard edition of the film. Part 7 takes up about four and a half hours comprising Introduction by Peter Jackson (1:54), The Journey Back to Middle-Earth (48:19); Riddles in the Dark (17:00); An Unexpected Party (25:28); Roast Mutton (17:12); Bastion of the Greenwood (10:41); A Short Rest (29:12); Over Hill (13:40); Under Hill (19:15); Out of the Frying Pan (16:07); Return to Hobbiton (18:35); The Epic of Scene 88 (8:28); The Battle of Moria (10:57); Edge of the Wilderland (22:37). Along the way we learn how the delays in financing and the near collapse of MGM led to del Toro’s departure than a hasty ramp up to get filming done to make international release schedules. We watch with exhaustive detail how scenes were shot, how cast and crew had to scurry across the island to get certain sequences completed and how Andy Serkis came back as Gollum to perform in what was essentially a one-act play set within the grander tale.

Ultimately, you have to decide if you love extras or thirteen extra minutes will be worth the investment. The film stands on its own in its first form and this is really for the devotees of Tolkien and all things Middle Earth.