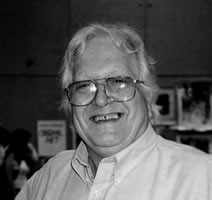 Nick Cardy (October 16, 1920-November 23, 2013) died today after an illness. He was placed in hospice care over the weekend and leaves behind an enduring legacy of memorable artwork.

Born Nicholas Viscardi in New York City, he was raised on the Lower East Side and was already dabbling with art by the time he was six years old. He was painting and having his work published during his early teen years, taking free classes at the Boys Club of America.  Raised in an era of gorgeous magazine illustration, he found inspiration in the works of Charles Dana Gibson, Arthur Petty, Al Dorne, and John Gannon among others. He continued his studies at the School of Industrial Art where he met and befriended Al Plastino.

In 1937, he went to work for an ad agency but two years later joined the Eisner/Iger Studio and drew stories for a variety of publications, notably Quality Comics. Among his regular assignments were Sheena, Queen of the Jungle and Quicksilver. He saw Eisner as a mentor and later joined his solo studio, writing and drawing the Lady Luck feature for the back of The Spirit. 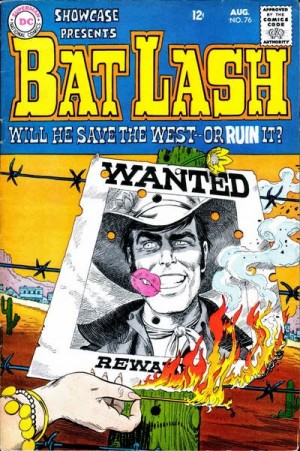 After leaving Eisner over a financial dispute, he joined Fiction House producing work for Fight Comics and Jungle Comics among others. Soon after, he served in World War from 1943-46, getting wounded and earning two purple hearts. He was assigned to the 66th Infantry Division, driving a tank in the armored cavalry. After his discharge, he met and married Ruth Houghby and they remained married until 1969. They had one son in 1955, Peter, who died in 2001.

Cardy returned to comic art, sharing studio space with Plastino and Jack Sparling, returning to Fiction House but adding in magazine work. He also took on illustrating the Casey Ruggles comic strip. In 1949, Burne Hogarth invited Cardy to take over drawing the Tarzan daily strip. He continued his work for multiple publishers, including National Comics in 1948. There, he began working for Murray Boltinoff on Gang Busters quickly adding other features.

As the 1950s dawned, he increasingly worked for National, also known as DC Comics. He took over as the main artist on Tomahawk and Congo Bill. During the early 1950s, he anglicized his name to Cardy after prejudice against his Italian heritage cost him assignments.

In 1960, Aquaman was given a tryout in Showcase with the hope he could sustain a title of his own. Ramona Fradon withdrew from the feature to raise her daughter so Cardy took over and became synonymous with the Sea King through the 1960s. And when the Teen Titans proved an enduring idea, he replaced Bruno Permiani as its artist as the group also gained their own title. During the decade his work grew more distinctive and his brilliant design sense made his covers true standouts. When Aquaman was optioned by Filmation for a Saturday morning series, he produced the character sheets for the animators. 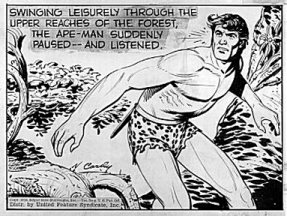 When Dick Giordano was hired as an editor, Cardy lost Aquaman to Jim Aparo, although he remained on the covers for continuity. His free time was taken with the critically acclaimed Bat Lash. Cardy continued his experimenting with color and design, adding a cartoony approach that helped make the western distinctive. He also replaced Teen Titans with a long stretch on The Brave and the Bold, proving adept at not only Batman but the remainder of the DC Universe. 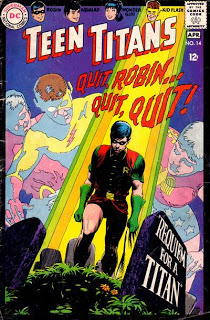 Under Editorial Director Carmine Infantino, Cardy grew in value to the company. Through the early 1970s Cardy became the line’s premier cover artist, giving the line a unified house style that was highly commercial.
Cardy was growing increasing discontented with comics and DC in particular so by 1975 he was ready to move on. Before leaving though, he did a series of paintings and illustrations for Marvel’s line of black and white magazines.

Modifying his name to Cardi, he reinvented himself as a commercial artist doing advertising work, largely in the film field. When he began doing convention appearances, he was rediscovered and became a popular guest at shows around the country. He excelled at commission work and remained good humored with fans. In July 2005, Cardy was inducted into the Will Eisner Comic Book Hall of Fame.

His legacy as an illustrator and stylist has thankfully been collected in various DC Archives and Showcase Presents volumes letting modern day fans see one of the finest illustrators grow, evolve and get better through the years.

Our deepest sympathies to his family, friends, and legions of fans.