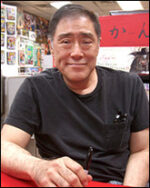 Well, celebrities have certainly been in the news lately, haven’t they?

You might be expecting a reference to Miley Cyrus here, the pathetic child who cries for attention by participating in grotesque displays of herself. You might even expect a grumpy septuagenarian to wonder if the guardians of a child raised in the humid heart of show-biz, as poor Ms. Cyrus was, could not be accused of a form of child abuse. Don’t look at me. This is one of the many things that I’m not sure about.

I can’t be sure about the dealings of Bill O’Reilly and Michele Bachmann with the Almighty, either. Both these celebrities claim to have received direct communication from on high – on very high. Mr. O’Reilly, an opinion-offering stalwart who gets paid by Fox News, apparently believes that the Holy Spirit inspired him to write his latest book, Killing Jesus. (Earlier books include Killing Lincoln and Killing Kennedy. If you find something that works…)

As for Ms. Bachmann, the Republican congressperson from Minnesota, she thinks that same Holy Spirit wants her to ditch politics for a career in the private sector, wherein serious money can be made. But if Ms. Bachman is right about another matter, she’d better get started on that next career because the clock is ticking. Representative B has recently revealed that we’re living in the End Times – the big rock candy mountain is gnoing to crumble any nanosecond now and you and I can watch Michele and her posse ascend to eternal glory while we…gee, I don’t know. What are we sinners going to do? Miss our bus? Catch a really bad cold? Anyway, something.

Jesus got disrespected from another source last week. The Vatican misspelled his name on an issuance of a special medal commemorating Pope Francis’ taking over the big job. Ooops! Doesn’t say much for Catholic Education, but maybe we should blame, not the good sisters and brothers, but the devil, who still exists, but has gotten wilier, which explains why we don’t run into him much. This is the opinion of Supreme Court Justice Scalia, an eminent jurist who says that he gets most of his news from Bill Bennett, a conservative talk show host.

Note, please, that I’m not questioning the beliefs, just those who reap power and/or profit from them, or who may employ them inappropriately.

And all this snarkiness has what, exactly, to do with pop culture, our presumed subject?

Last week, in a Facebook posting, Larry Hama asked why we still call them comics conventions when they aren’t. Larry’s right, of course. These monster affairs aren’t about comics and haven’t been for a while now. They’re about selling stuff and the creatures mentioned way back in our first paragraph, celebrities. The celebs are rewarded for showing up while some of the comics folk must pay to get in and even those who get comped often get stuck with parking fees which, in someplace like Manhattan, aren’t exactly small items. In the end, most cons are mostly about money instead of promoting a quirky hobby.

The above is not a complaint, just an observation. Things are what they are. I might lament just a bit, but complain? No.