Win a Copy of Robocop on Blu-ray

Directed by José Padilha, RoboCop stars Joel Kinnaman, Gary Oldman, Michael Keaton, Abbie Cornish, Jackie Earle Haley and Samuel L. Jackson.  In RoboCop, the year is 2028 and OmniCorp – the world’s leader in robot technology – sees a golden opportunity to reap billions for their company.  When Alex Murphy (Joel Kinnaman) – a loving husband, father and good cop doing his best to stem the tide of crime and corruption in Detroit – is critically injured, OmniCorp grabs their chance to build a part-man, part-robot police officer.  OmniCorp envisions a RoboCop in every city and will stop at nothing – no matter the cost to Alex – to make sure the program succeeds.  But OmniCorp never counted on one thing: there is still a man fighting inside the machine.

Who knew that a robot could be so lovable such as WALL-E from Pixar’s beloved movie, or that robots could think like Sonny from I, Robot? Coming soon to Blu-ray is another story of a famous robot, this time one where the robot is part human and part machine. In honor of RoboCop’s Blu-ray, DVD, and VOD releases, we present to you a look at how robots have been portrayed in films. 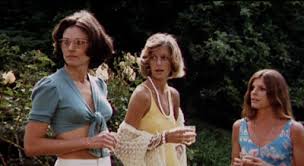 We have all seen a movie where a human is discovered to be, in fact, a robot. There are the creepy ones like in The Stepford Wives, the smart ones like in A.I. Artificial Intelligence, and the eccentric ones like Edward Scissorhands whose claim to robothood has been heatedly debated. These, at least to some, are the scariest robots since you never know when you might run into one. Maybe the brother you always thought was a bit strange or that co-worker who never really talks is the robot you always feared.

2. Robots that are Killing Machines

We can all agree that the Terminator is a killing machine. He was sent to assassin every Sarah Connor he came across, almost succeeding.  The robots in I, Robot also fall under this category since they are determined to destroy anything and anyone that does not follow V.I.K.I.’s commands.

With recent movies like Pacific Rim and the Transformers series, movie fans have gotten numerous doses of huge robots that are built to fight either aliens or large monsters. While watching those movies, one can’t help but wonder if the world will ever come to that.

4. Robots that are Way too Ambitious 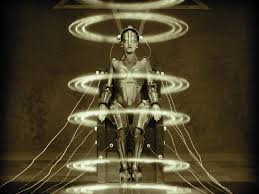 I, Robot and The Matrix trilogy fixated on the intelligence machines/robots could gain over humans and thus control the world and all of its resources. These machines tend to be super analytical, overflowing with common sense, and, in rare cases, like I, Robot, want to take over the world in order to protect it. In these movies, humans end up realizing the huge mistake they made by creating these monsters. And lets just admit that the whole Matrix plot was super scary (in a good sci-fi way). Metropolis, one of the first robot movies ever, also celebrates this idea of a machine that is too smart for its own good. 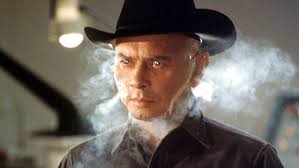 Evil robots usually fall under other categories on this list, most often in the human-like one. This is probably because in films, robots that end up looking like people are created that way in order to do some real damage. Gunslinger from Westworld is one of these evil robots that will not stop until he has his fake showdown. As many fanatics of the Austin Powers movies remember, the Fembots are evil sexy women robots that are sent as a lethal distraction to the movies’ namesake. Also, Joshua, the robot arm/machine is a robot that doesn’t look like a human but still scared us all. Another contender in this category is the famous MCP from Tron.

6. Robots that Want to Save the World

When robots want to save the world, they usually do it hand in hand with a human. When it comes to the Iron Man series, that robot is actually a suit that eventually becomes part of the human. In I, Robot, we have Sonny “who” sacrifices himself? itself? for the sake of mankind. There is also our beloved RoboCop who becomes the law itself and eventually takes out those wanting to control him/it. Through portrayals like these, audiences get to see a glimpse of robots that intentionally and unintentionally become heroes.

To win the prized copy, you need to identify your favorite category of robot and top choice robot from that category. Have your answers posted no later than 11:59 p.m., Friday, June 6 and the decision of ComicMix‘s judges will be final. The contest is open to United States and Canadian readers only.