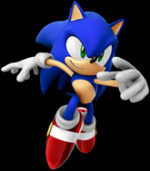 I know that amongst many writings for ComicMix, I am essentially still in diapers in their eyes (and I’m guessing, so too, perhaps is Emily). And as much as I don’t want to make that a jab at their graying hair, and preference for dinner around 4 PM, I can only assume that when they see the whipper-snapper trying to make a point about time and wisdom they might bruise a hip from chortling at the thought. But I welcome their guffaws… Because they know as well as I, that what I speak is the truth. It’s a simple truth, of course, but a necessary one to restate every now-and-again.

As folks my age rage against the MTVs and their kin, I choose to take a step back. Miley Cyrus gyrating on teddy-bears is exactly what a 20 year old with all the money and none of the responsibilities of life should be doing for attention. She’s an artist the same way any of us may have been at 20. She has the chops, but for now, none of the wisdom needed to produce something of value. John Mayer, now 35 is really coming into his own on his albums. No longer fluffy songs about “making love,” and growing up… now he turns inward, and deftly pushes outward his wry humor, and seamless guitar playing.

So too, do artists in our field of comics perform much the same. Mark Waid, as amazing as he’s been for years, seems to only gild his bibliographic lily with each passing issue of Daredevil. And where young buck artists for Marvel and DC are chugging away at their boards in an effort to ape the house-styles of the day, soon they will see that taking a risk on what they actually want to do will end up paying their rent just as well if not better. And screw you, I’m am optimist.

I dawned on this fact over this past weekend. Matt (my Unshaven Cohort) and I were invited to do a workshop on how to create comics for a batch of wonderful kids at a local art gallery. Their ages ranged from 6 to 14 (I believe), and we had a ball. One of the first things I did was ask each kid in the class to come up with an idea to draw out. Ideas ranged from showing Sonic the Hedgehog becoming “Dark Sonic” to a chicken facing an existential crisis. I was floored, if only because the young man who pitched it to me was so crystal clear on the concept. Why did the chicken cross the road? To die, of course. Later this spiraled out into the zombie chicken apocalypse, but I’m getting ahead of myself.

The longer I thought about those kids, and their concepts, I was brought back to my own childhood. I can clearly recall in elementary school I created a trio of crime-fighting, mystery-solving kids (“The Cool Kids”), who I would draw over and over and over. I never actually got them into any unwieldy adventures, nor intricate mysteries. I’d spent all my time perfecting their look. Eventually (as in, a year later), I’d met Matt in class, and soon thereafter, moved into creating a complex continuity of comic characters. Matt and I bathed over entire teams of ‘original’ heroes. I’m nearly certain it took mere days for us to combine our cadres into a single cavalcade of crime-fighters. And amongst all of those long-lost creations, I can still pitch “The Human Blade” to you as the metal-made-man of true justice.

In my head (as I’m sure within those fine minds we melded with at the gallery), there were complex stories at the waiting. Emotional journeys, epic battles, and small character moments to be had. It is only now, with years of toiling at the art table (and blank script pages), do I finally feel like I have the tools to produce something of value. It’s not that I haven’t made product prior, mind you. But as with all artists, it’s time that has taught me that everything before right now is only as good as it could have been. In lesser heady terms… with age comes wisdom, and with wisdom comes a superior piece of art. Every comic Unshaven Comics has put out has clearly shown a progression of our styles, our scripting, and our abilities as story-tellers.

In more than one of the reviews we received back from fans of The Samurnauts: Curse of the Dreadnuts #2, we heard that there was “real progress” from issue 1. Not that they didn’t like issue 1 (and our sales to date are a testament to that…), but there was a clear and present evolution of our art within the 36 pages. I know for myself, I really pushed myself to get feedback throughout my creative process – something a younger me was too prideful to do. It was as if the passage of time (and the experience of doing it several times before) made me more able to produce something with nuance and an attention to craft. Preposterous, perhaps, but true none-the-less.

Rodney Dangerfield didn’t find his voice, truly, until he was well into his forties. Jack Kirby helped define an entire era of comics, at about the same time in his life. The older my personal heroes such as Kevin Smith and Quentin Tarantino get, I’ve found their works to mature with them. It’s a fact of life, perhaps, no? With age comes wisdom and foresight. And for we, the creatives, so too does our work evolve. Age is not just a number, kiddos, it’s a state of our well-being when we put our pens to the paper.