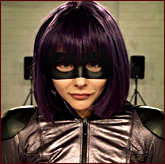 Kick-Ass 2 opened and I’m very psyched. Loved the comics. Loved the first movie. Even liked the Wanted movie, although it isn’t as sharp and funny as the book.

You see, I’m a big fan of Mark Millar. I’ve followed him ever since he wrote Swamp Thing with Grant Morrison, and, as DC’s Publicity Manager, I had to explain to people who he was. And while I haven’t read absolutely everything he’s written, nor have I loved absolutely everything I’ve read, he always engages me with his characters, entertains me and, in places, makes me laugh.

So it surprised me when I read this.

To be sure, I’m not surprised that there is a backlash against someone who is commercially successful in a popular art form. There are always those people, desperate to be cool, who affect disdain for anything popular. There is a subset of this group, who claim to have liked the person/band/actor/director’s work before, when they were unknown. I, myself, am capable of rambling on pretentiously about the first time I saw Talking Heads, when they were a trio.

That’s not what I’m talking about here. Instead, a (reasonably) well-respected magazine, The New Republic, did an overview of Mark’s work and didn’t like what they saw. They spoke with some people who defended Millar, and with some who criticized him. Mostly, the article focused on sex, violence and rape.

Of which there is a lot in Millar’s work. To quote from the article:

“Laura Hudson, the former editor-in-chief of the popular blog Comics Alliance and a senior editor at Wired, thought that scene was deplorable, but typical of Millar. ‘There’s one and only one reason that happens, and it’s to piss off the male character,” she said. “It’s using a trauma you don’t understand in a way whose implications you can’t understand, and then talking about it as though you’re doing the same thing as having someone’s head explode. You’re not. Those two things are not equivalent, and if you don’t understand, you shouldn’t be writing rape scenes.’”

Laura Hudson is someone I admire and respect. When I say I disagree with her, it is not my intention to dismiss her point of view (and I’m aware it can sound like that in print, when you can’t hear my tone of voice or see my evocative hand gestures). Having said that, I suspect we’re having a similar problem when we read the stories. I don’t pick up a tone in the work that celebrates actual violence or rape. I see those actions being used to define characters. Unlike Laura, I don’t think women in the stories are raped solely to motivate men. I think rape is used to show how awful the person is who commits it.

Is this a comic book problem? John Irving writes books that are full of raped characters and the men who love them. Most contemporary critics consider him to be a feminist, or at least an ally to feminists.

(And this will probably be the only time anyone ever discusses Mark Millar and John Irving in the same article.)

Writing about something – even illustrating something – is not the same as endorsing it. I’ve been involved in the non-violent movement for social justice for more than 45 years, yet I enjoyed these comics a lot. I’m tickled by the cartoon violence, in no small part because I know that no actual humans are involved. This may be because of the tone I infer from the stories, or because, as Scott McCloud describes, we each supply our own interpretation of what happens between the panels.

We bring our lives to comics in a way that’s different from other popular art forms. Maybe this is why we can differ so profoundly in our reactions to what we read. In my version, Mark Millar is sort of kind of related to Chuck Jones by way of Francis Ford Coppola.