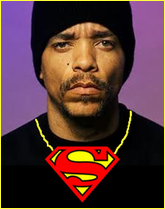 21 years ago Warner Bros. released a record album called Body Count and it launched a shit storm. The artist, Ice-T, performed a track called “Cop Killer” which was written from the perspective of, well, a cop killer. This is a common device in the communication arts, and it doesn’t mean the author/performer is an advocate for his character. For example, Robert Bloch wrote a novel called Psycho, from which the classic Hitchcock movie was based. I do not recall anybody accusing Bloch of being, supporting, or even befriending cannibalistic serial killers.

However, oftentimes when some strong-looking black guy assumes a position of power, certain other people completely lose their minds. The NRA and similar hate groups said Ice-T was advocating the wanton murder of police and the usual protests ensued: Warner’s Rockefeller Plaza headquarters was picketed, talking heads babbled mindlessly on teevee and radio, records were burned, and the far right basked in the afterglow of a rich orgasm of bullshit.

This is sort of like a trauma suffered by Warner Bros. almost two decades earlier, where some people listened to parts of Randy Newman’s song “Short People” and decided Newman was bigoted against, well, short people. Randy’s a nice white guy; Warners didn’t pull the track.

In the “Cop Killer” case Warner Bros. issued a statement saying they believed in free speech and they were standing behind Ice-T. As an executive (!) of Warners at the time, I was genuinely proud of my employer. Silly me. I had met Ice-T up at DC Comics’ offices; they were going to do a graphic novel with him and the guy wanted to “borrow” Trevor Von Eeden, who was drawing the Black Canary monthly for me at the time. Ice-T is a nice guy, and coming in person to make the request was a massive act of respect.

A while later, when fewer people were looking, Warner Bros. quietly withdrew the track from future pressings of the album and they dumped Ice-T’s next record and the graphic novel mysteriously disappeared. If corporations were truly human the way the highest court in the land said when they were undoubtedly high, then Corporate America has the morals of a crack whore.

So, outside of Trevor, what does this have to do with comic books?

Science fiction writer Orson Scott Card is a vicious little homophobe consumed with hatred. He had done some comics writing, and a little while back DC hired him to write a story for their new Adventures of Superman title. This title features stories written and drawn by a variety of writers and artists and, for the record, is one of my favorite books from that publisher. Shortly after that, Card exposed his innermost feelings to the public and Warner Bros. – DC Comics is owned and operated by Warner Bros. and isn’t even a division thereof – publically pulled the story from the book. DC said “Hey! We don’t hate no homos!” and, yes, I paraphrase for emphasis.

OK. That’s nice. Make a stand in favor of equality and equal rights and the common humanity of all people. That’s probably good for business as, at the very least, it takes them out of the “Orson Scott Card is a crawling piece of shit” controversy.

But now, when fewer people are looking, they’ve quietly admitted they are going to publish Card’s Superman story.

The “Cop Killer” incident happened a few years before Ice-T became a star of one of television’s longest running crime dramas… playing a cop. So much for Ice-T advocating the killing of policepeople.

Fuck you, Warner Bros, you poseurs. You goddamned lying hypocrites.