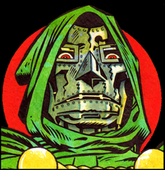 You’ve watched the newscasts? Read the papers? You’re aware of what’s been happening in the courts and Congress? It is a time, perhaps, to consider wickedness.

Outside, our patch of the Lower Hudson Valley is again suffering brutal heat and if your life has given you certain prompts – if someone much taller than you once convinced you that you were a bad, bad, bad little child and you were going to be punished! – you might step outside, feel the heat and remember what you were taught about hell. Which is where evil sons of bitches like you go to roast for all eternity and that will teach you to disobey Sister Henrietta! In case you’ve forgotten.

We believe in a retributional afterlife because, among other reasons, we have a need for the world to be ordered and rational, and that means that the wicked should have to answer for their misdeeds. Obviously, not all of them do, not while they’re alive, but later…well, Christians might go to the aforementioned hell and Hindus might be reincarnated as an intestinal parasite. Hell, parasite… Something unpleasant, anyway.

We deal in villainy, we fabricators of heroic melodrama.We give our protagonists fierce, cruel, determined and formidable adversaries, mostly because our heroes need them.No need to wait for retribution after death, not in our tales, thank you. Our miscreants get retribution right here, right now. We witness their fall and cheer – okay, mostly cheer silently – because justice has been served, hot and fresh – served by our hero, who has thus demonstrated his bona fides and justified our admiration for him. Without the adversary, our hero wouldn’t have the opportunity to be super.We probably wouldn’t want to buy tickets to watch a pillar of virtue sit around being virtuous.

The craftier of our fiction writing bretheren give the bad guy a reason to be bad so there’s a excuse for him or her to be in the story. One of our greatest popular entertainers, Alfred Hitchcock, seemed to regard the villain’s motive as an afterthought.He called such motives “mcguffins” and gave this explanation of them: “The only thing that matters is that the plans, documents, secrets must seem to be of vital importance to the characters…to the narrator, they’re of no importance whatever.”

Far be it from me to quarrel with the master, but allow me to express a gentle demurrer, in the form of advice to beginning writers: Give some thought to your mcguffin. If it’s out-and-out dumb, it will make your bad guy look dumb and a good guy who beats a dummy might not be all that impressive.

General Zod, Superman’s antagonist in the current movie, has a terrific mcguffin, one that confers nobility. And he does not consider himself to be evil.

Do the denizens of our courts and Congress consider themselves evil? Almost certainly not. Have you ever committed an evil act? Hey, there’s a gnarly question to end on.