‘Sin City’ Videogame on the Way 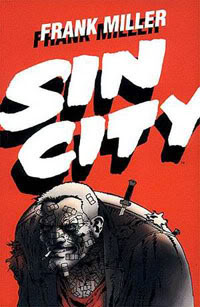 Just the other day, ComicMix‘s Karl Cramer brought you the news that a Batman: The Dark Knight video game might be on the way. Now comes word that another comic/film property could be headed to consoles near you.

The Hollywood Reporter has an interesting story about the upcoming Sin City videogame. Sounds like a no-brainer, but the story has a couple of wrinkles.

But when the "Sin City" game hits store shelves around Christmas 2009, there will be no stars, no day-and-date marketing with the film’s sequel, "Sin City 2," and the publisher’s name on the box — Red Mile Entertainment — will be unknown to even the most hardcore gamers. Red Mile?

Indeed, the fledgling game maker has secured the rights not to either of the movies but to the seven graphic novels that comprised their source material, a strategy that even the company’s president and COO has a difficult time explaining.

Essentially, Red Mile decided it would be easier to develop the games from the comics, which have a lot more stories to choose from, giving the game creators more freedom, than to adapt something directly from the plot of the movie.

It’s probably a smart move, because the game can benefit from all the name recognition the movie earned without having to shell out for those specific rights. We’ll keep you posted.