John Ostrander: We Have Met The Enemy 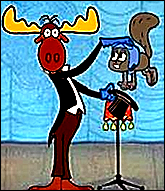 Finally got around to seeing Iron Man 3 this week (which I enjoyed). Yeah, I know. We’re way behind on our movie viewing at this url. At the rate we’re going, we won’t see Man Of Steel until Labor Day.

In any case, I was struck by the underlying premise of the movie and certain events of the past week. (SPOILER ALERT: To discuss this, I’m going to have to tell things about Iron Man 3. If you are even more behind in your movie going than I am but still intend to see it and want to be unspoiled, you may want to avert your eyes.)

Central to the whole plot of Iron Man 3 is the idea of creating a terrorist threat to provoke a reaction in the American public and justify certain acts. In the news in our so-called real world this week, it’s been revealed that the NSA has not only been reading our emails but is creating a massive building to store and analyze everything they read. All in the name of “National Security,” of keeping us safe from terrorism. The idea is that we trade in our freedoms and we are safe from the hands of terrorists.

Except we’re not. To quote Rocket J. Squirrel to Bullwinkle J. Moose who was trying to pull a rabbit out of his hat, “But that trick never works.” Not completely. Of course, the justification becomes that the measures the government is taking makes terrorism more difficult, that some plots are stopped even if you can’t stop all of them, that some American lives are saved. Doesn’t that make it worth it? If it saved your life or the lives of those you cared about, wouldn’t the sacrifice of those freedoms be justified?

I think of the British people during the Battle of Britain in 1940. To break the ability of the UK to defend themselves in the air after the fall of France, the German Luftwaffe launched massive air attacks that escalated, finally, to terrorist bombing missions against the civilian populations in key British cities, notably London. Everyone has seen the photographs and newsreels, especially of the aftermath – the burning buildings, the shattered homes, the struggling people.

The purpose of the terrorism was to drive the British government to an armistice or even to surrender. That’s one of the key things to remember about terrorism – the acts of violence are not the purpose in and of themselves. As terrible as they are, the purpose is to achieve some other goal.

The Germans failed in 1940. The British people stood defiant. They did not break.

The purpose of the acts of violence on 9/11 was not the death and destruction alone that they caused. The purpose of the architects of those acts of terror was to change us, to make us destroy ourselves, our values, our way of life. We’re doing that.

For an illusion of safety, we seem to be willing to trade in at least some of our freedoms.

When we allow the government to tap our phones willy-nilly, to spy on us, to even kill some citizens deemed hostile combatants without any pretense of due process of law, the terrorists win.

The alternative is to live with the threat of destruction, of death for ourselves or those we love, of more horrific, terrifying images such as we saw on 9/11. To stand firm as the British did in the face of Nazi terrorism and not surrender.

In hard boiled fiction, the “tough guy” is defined not so much as the one who can hand out punishment but take it and not give in. Today, we seem more interested in someone who is “bad ass” – who can hand out the blows. Personally, I’ll take a “tough guy” over a “bad ass” any day of the week. They show more character.

So, gentle readers, what do you think? Do we trade in some outdated “freedoms” and maybe sleep better at night or do we take some chances in the interests of being who we are or are supposed to be?