Michael Davis: Dream It! Do It! 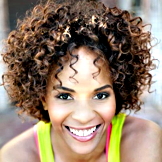 White Winter Black Night is the title of one of the novels I’m writing. Simon & Schuster will publish the book in 2014.

Growing up there was nothing and I mean nothing I loved more than reading. I read everything and when I say everything I mean everything. It started with comics and once I realized how wonderful reading was it started me on an odyssey that still exists today. At present I’m listening to two audio books in two different cars. I’m reading two hard cover books and have no idea how many books I’m reading on my iPad.

Becoming a writer was a fantasy I had every so often. How cool would it be to become a writer? Making a living making shit up?

How cool? So cool ice would be considered hot next to that coolness.

OK, I have made a living making stuff up. Comics, television shows, reading programs blah, blah, blah and blah. But writing a book is the pinnacle of any writer’s career. Especially for someone that never thought he would be a writer.

I mentioned that the novel I’m writing for Simon & Schuster is one of the novel’s I’m writing. I actually have three more in the pipeline for two other publishers. I’m not writing about this to impress you (although it will) I’m writing about it as example of what you can do with a lot of desire a little luck and above all a good idea.

Not my good idea, the good idea of a young woman named Danielle Hobbs. Danielle is a multitalented artist. She’s a world-class choreographer, dancer, actress and singer. Like I said, artist. She reached out to me to pitch me a project. I was just not interested.

Her artist resume was impressive as shit, she had choreographed for Beyonce, Shakira, Disney and a slew of other major playa’s. Her singing and acting resume was just as impressive but I could have given a fish.

If I had a dollar for every major artist from other media be they singers, actors, hip hop artists or magicians (yes magicians) who thought just because they had a name and a following they could be a success in comics or animation I’d be so rich last weeks Powerball prize would be my pocket change. When I say major artists I mean major artists. You would recognize every single person I’d list.

I would list them but more than a few are hip-hop artists and I don’t want to be shot so you will have to do without the names.

Danielle after hounding me for a while finally got me into a meeting. A meeting I was going to be done with in 10 minutes. I figured that’s how long I’d wait into her pitch before I told her (nicely) that the idea had:

I never got to say any of the above.

Her idea was great.

The audience she wants to reach with it is underserved and this could really be something. Danielle has a really good chance of seeing her idea realized. I have to be protective of my time so I only feel a bit like a dick because I did not give Danielle a chance to meet with me earlier.

There are a lot of artists dreaming about careers in the comics and related media that read ComicMix. Remember your dream is just as valid as anyone’s.

Or as Danielle’s creation Dani girl would say, “Dream it! Do it!”