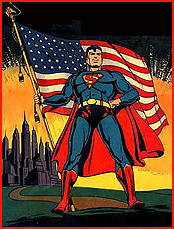 From Wikipedia: Critics have generally received Ender’s Game well. The novel won the Nebular Award for best novel in 1985, and the Hugo for best novel in 1986, considered the two most prestigious awards in science fiction. Ender’s Game was also nominated for a Locus Award in 1986. In 1999, it placed #59 on the reader’s list of the Modern Library 100 Best Novels. It was also honored with a spot on the American Library Association’s “100 Best Books for Teens.” In 2008, the novel, along with (it’s sequel) Ender’s Shadow won the Margaret A. Edwards Award, which honors an author and specific works by that author for lifetime contribution to young adult literature. Ender’s Game was ranked at #2 in Damien Broderick’s book Science Fiction: The 101 Best Novels 1985-2010.

The announcement by DC that Orson Scott Card (author of Ender’s Game and its sequel) will be writing a Superman story to be included in an upcoming anthology has burst into a firestorm of controversy on the net and in newspapers such as The Hollywood Reporter (“Ender’s Game’s Orson Scott Card’s Anti-Gay Views Pose Risk for Film,” February 20, 2013), not only because of Mr. Card’s publicly-stated negative opinions on homosexuality and same-sex marriage, but because Mr. Card sits on the Board of Directors for the non-profit National Organization for Marriage (NOM). Established in 2007 to work against the legalization of same-sex marriage in the United States, NOM contributed $1.8 million to the passage of “Prop 8” in California, which prohibited same-sex marriage in California. (The amendment was in force until United States District Court Judge Vaughn R. Walker overturned it in August 2010, ruling that it violated the Due Process and Equal Protection clauses of the United States Constitution. His decision has been appealed, and the ruling has been stayed.) NOM also opposes civil union legislation and gay adoption.

Last week Michael Davis’s Brokeback Bastard here on ComicMix asserted not only DC’s right to hire Mr. Card despite the widespread outrage, but Michael’s opinion that efforts to get DC to renege their offer to Mr. Card, i.e., fire the bigot!, will fail, because, DC sees this, a la The Godfather, as “business, not personal.” Why? Because, to quote Michael, “This is a win – win for DC. They get a pretty good writer and massive publicity so why fire the guy? When the book comes out they will get another round of colossal exposure so like I said, why fire the guy?”

He’s right about that. Any publicity, so the pundits say, is good publicity. (I get the sentiment, but it’s not really true. Just ask Elliot Spitzer about his hooker friend, or Paul Ryan about his marathon time.)

This is what I wrote in response to Michael’s column:

Well, I understand the business side of it. Orson Scott Card is a prolific and popular science fiction writer whose Ender’s Game won the Nebula and the Hugo, and whom DC is betting will bring in lots of $$$$$. And I understand the “high moral ground” that Michael and Dan and John (Dan and John are respondents who took issue with Michael’s viewpoint) are arguing above: judge the guy on his writing, not on his personal views. However, Card’s views are not personal in that he is a member of the Marriage Is Only Between A Man And Woman Board, (I was too lazy at the time to look up the name of the organization) or whatever the hell it’s called. He has publicly stated that gay men and women should be ostracized and worse.

Hatred and bigotry is rampant again in this country. Just look at what’s happening in Congress. The total blockage of Obama’s proposals, the continuation of the birthers and their lies, the about-to-be sequestration of our economy is all about the hatred of our first black President. Operative Word Is Black.  Hiring Card to write an American icon is disgusting because Card is against everything the American dream stands for. That’s my opinion, plain and simple.

Though, as I said, I understand the business behind DC’s decision, I’m also so fucking tired of the “anything for a buck” crap that’s so damn rampant these days. It’s not just in business. It manifests itself everywhere. For instance:

I worked for many years at my local hospital. Across-the-board layoffs were scheduled. Instead of protesting the lay-offs, my union said that any employee who had lost his or her job could “bump” a junior employee. In other words, take the junior employee’s job and leave him or her out in the cold. I found this despicable. The union’s job, im-not-so-ho, was to protect all employees, not just do a “run-around” to solve the problem.

I could never take another person’s job. “It’s not right,” I said. Most of my co-workers mouthed the words, but when push-came-to-shove, most of those who were on the lay-off list did “bump” the one below them. And what was worse, being a small, community hospital, the “bumpers” knew the “bumpees.”

It really sucks that I-N-T-E-G-R-I-T-Y doesn’t seem to mean anything anymore.

Leave the gun. Take the cannolis.

Go to the mattresses.

BUT GOD DAMN IT…